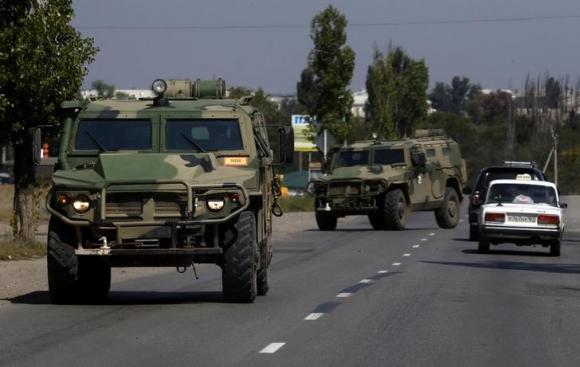 MOSCOW (Reuters) - Russia has the right to deploy nuclear arms in the Black Sea peninsula of Crimea, which Moscow annexed from Ukraine last year, a Foreign Ministry official said on Wednesday, adding he knew of no plans to do so. "I don't know if there are nuclear weapons there now. I don't know about any plans, but in principle Russia can do it," said Mikhail Ulyanov, the head of the ministry's department on arms control, was quoted as saying by Interfax news agency.