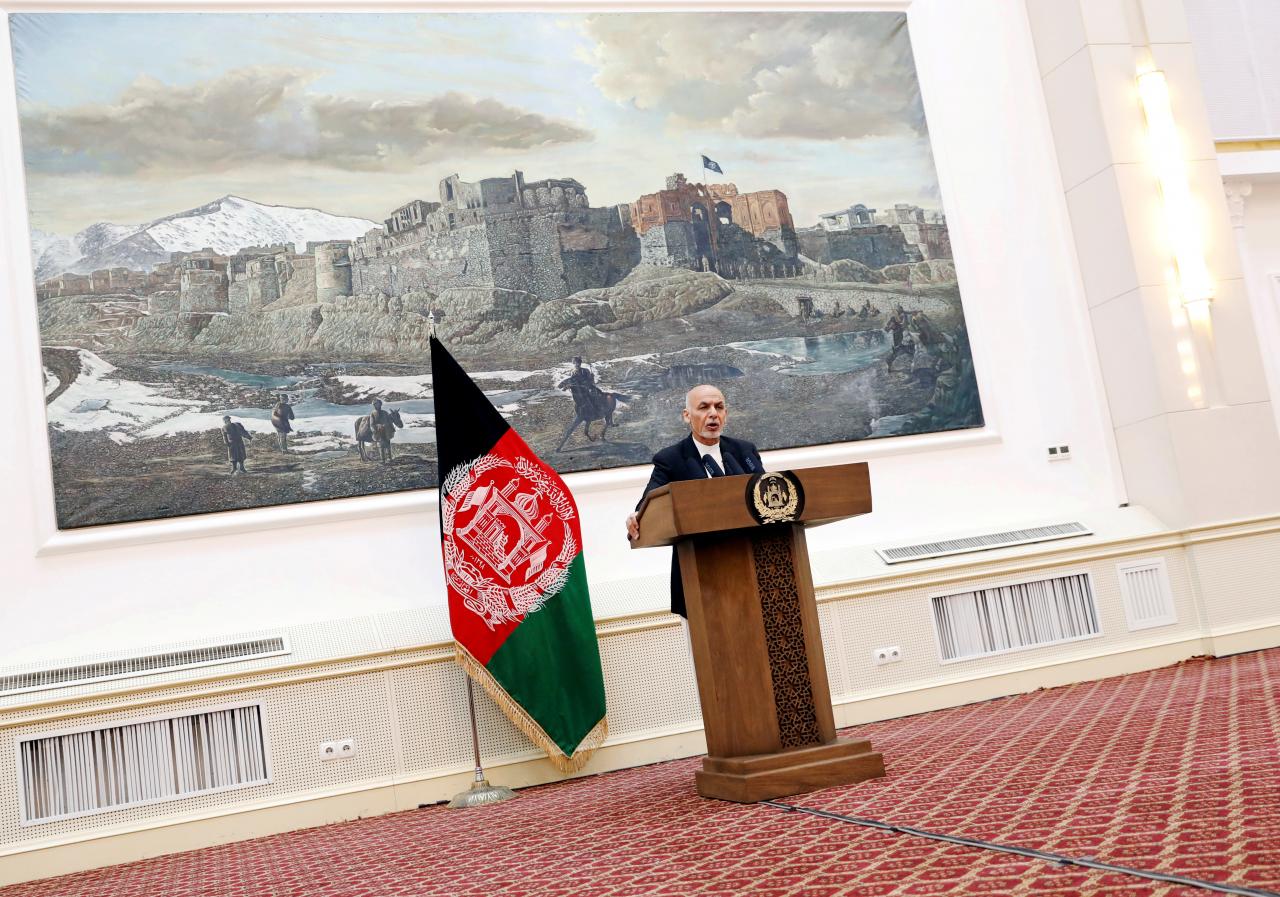 MOSCOW (Reuters) - Russia said on Saturday that Afghan President Ashraf Ghani had agreed to send a group of senior politicians to peace talks in Moscow, at which a delegation representing the Taliban would be present. Russia in August proposed holding multilateral peace talks in Moscow, and invited 12 countries and the Taliban to attend a summit the following month. But the meeting was postponed after Ghani rejected the invitation on the grounds that talks with the Taliban should be led by the Afghan government. In a statement on Saturday, Russia’s foreign ministry said the talks were now confirmed to be held on November 9. “It will be the first time that a delegation from the Taliban’s political office in Doha will attend such a high-level international meeting,” the foreign ministry said. The ministry has invited several other countries to send representatives, including India, Iran, Pakistan, China and the United States.