Russia, US duel at UN over whether North Korea fired long-range missile 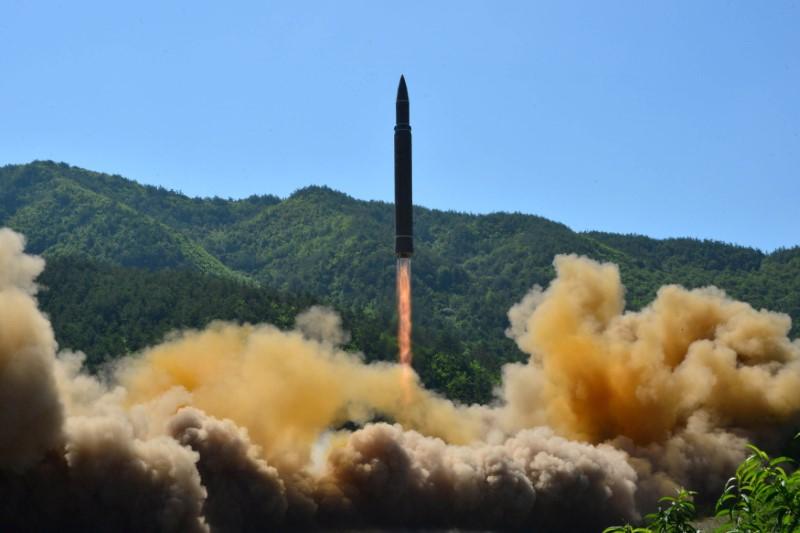 Russia, US duel at UN over whether North Korea fired long-range missile

UNITED NATIONS (Reuters) - The United States and Russia are waging rival campaigns at the United Nations Security Council over the type of ballistic missile fired by North Korea earlier this month as the U.S. pushes to impose stronger sanctions on Pyongyang over the test.

U.S. Ambassador Nikki Haley held an intelligence briefing for her council colleagues on Monday to argue that Pyongyang fired an intercontinental ballistic missile (ICBM), diplomats said, which was attended by Russia and North Korean ally China.

The U.S. briefing came after Russia sent a brief letter and diagram on July 8 to the 15-member Security Council, seen by Reuters, asserting that its radars determined that the missile launched by Pyongyang on July 4 was medium-range.

Russia's contention that North Korea did not fire an ICBM hinders Washington's push for the Security Council to impose stronger sanctions on North Korea. The United States, Russia, China, Britain and France are veto-wielding council members.

Typically the council has condemned medium-range ballistic missiles launches by North Korea with a statement. Diplomats say China and Russia only view a long-range missile test or nuclear weapon test as a trigger for further possible U.N. sanctions.

North Korea has been under U.N. sanctions since 2006 over its ballistic missile and nuclear programs and the Security Council had ratcheted up the measures in response to five nuclear weapons tests and two long-range missile launches.

The United States gave China a draft resolution two weeks ago to impose stronger sanctions on North Korea over the July 4 missile launch. Haley had been aiming for a vote within weeks, but a senior U.N. diplomat, speaking on condition of anonymity, described the U.S. negotiations with China as "slow-going."

Traditionally, the United States and China have negotiated sanctions on North Korea before formally involving other council members. Diplomats said Washington informally keeps Britain and France in the loop, while China was likely talking to Russia.

Haley said on July 5 that some options to strengthen U.N. sanctions were to restrict the flow of oil to North Korea's military and weapons programs, increasing air and maritime restrictions and imposing sanctions on senior officials.

Following a nuclear weapons test by North Korea in September, while U.S. President Barack Obama was still in office, it took the U.N. Security Council three months to agree to strengthened sanctions.

Shortly after North Korea's July 4 missile launch Russia objected to a Security Council condemnation because a U.S.-drafted press statement labeled it an ICBM. Diplomats said negotiations on the statement stalled.