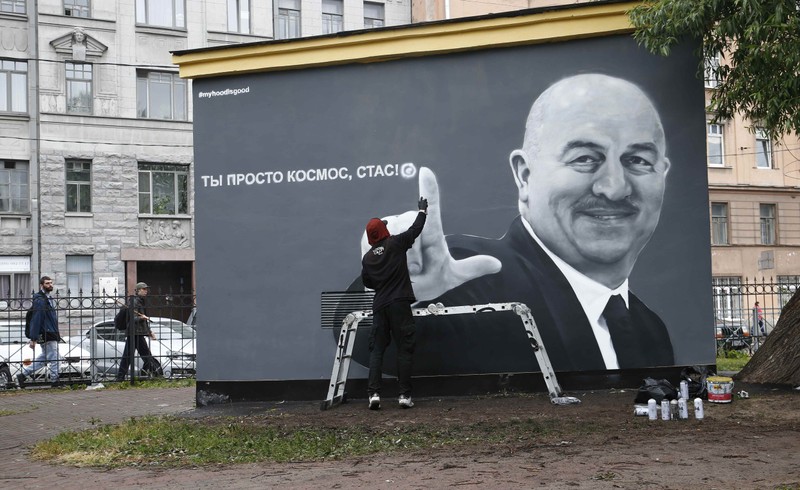 ST PETERSBURG (Reuters) - Stanislav Cherchesov is getting the big graffiti treatment in Russia after coaching the home team to the second round of the World Cup for the first time in 32 years. After Tuesday’s 3-1 win over Egypt in St. Petersburg, his familiar moustachioed features appeared at a city intersection, spray-painted across a wall. “We just had to do it,” said local artist Artyom Burzh, who started the painting after watching the match. “He’s just a beauty,” he said of the burly and balding 54-year-old former Spartak Moscow goalkeeper. “He’s just cosmic,” he added, quoting a line from a song which adorns the mural. Cherchesov has forced Russians to adjust their opinions of a national team most had expected to fail miserably. But as one passer-by, who gave his name also as Artyom, that may not last: “They had to do this today,” he said. “Next week, who knows.”