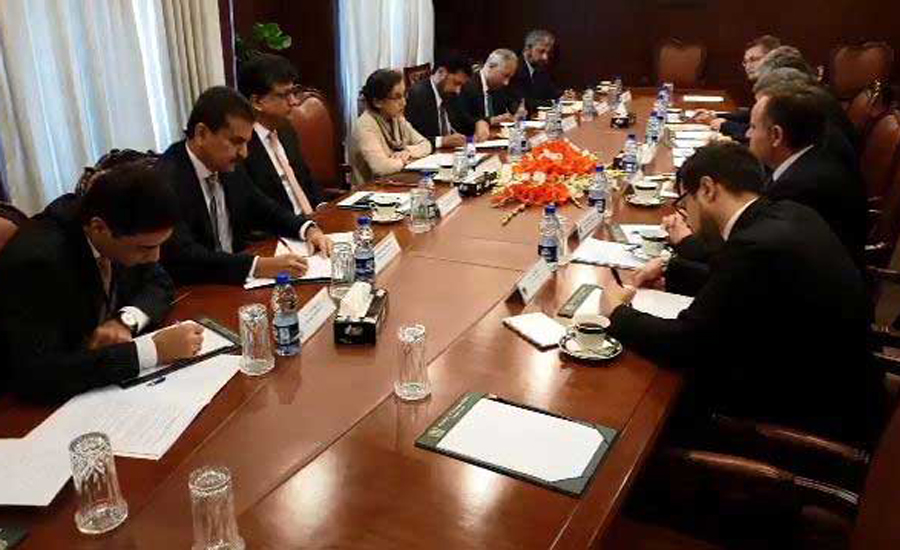 ISLAMABAD (92 News) – Russian Envoy on Afghanistan Zamir Kabulov has lauded Pakistan's efforts in Afghan peace and reconciliation. He made the remarks during delegation level talks with Foreign Secretary Tehmina Janjua in Islamabad on Tuesday. Bilateral relations, Afghan peace process and matters of mutual interests came under discussion during the meeting. Earlier, Zamir Kabulov arrived in Pakistan on a two-day visit. The Foreign Office and Russian Embassy officials welcomed him. The visit will allow the Russian envoy to exchange views with his Pakistani counterparts on the Afghan situation and US talks with the Taliban. It was also reported that Zamir Kabulov will meet top officials at the Foreign Office. On Jan 27, Foreign Minister Shah Mehmood Qureshi on Sunday lauded Pakistani vital role behind the recent negotiations between the United States and the Afghan Taliban. Speaking to the journalists while commenting on the Pak-US relation, Qureshi said that Pakistan played a vital role in bringing the Taliban leadership to the table, terming that the recent negotiations between the US and the Afghan Taliban as a major diplomatic victory. The foreign minister said that Pakistan has pursued a regional outlook by reaching out to different countries and advocating its resolve for a stable and peaceful region. “The world has accepted Pakistan’s stance on the peace process.” He highlighted that Pakistan has remained committed for peace in Afghanistan, and successfully convinced Taliban leaders to hold talks with US officials on the negotiating table.

Earlier todya, Afghan President Ashraf Ghani said the Taliban should ‘enter serious talks’ with his government, after the insurgents and Washington both touted progress during unprecedented negotiations in Qatar last week. “I call on the Taliban to… show their Afghan will, and accept Afghans’ demand for peace, and enter serious talks with the Afghan government,” he said in a nationally televised address from the presidential palace in Kabul. “We want peace, we want it fast but we want it with a plan,” he said. “We should not forget that the victims of this war are Afghans and the peace process should also be Afghan-led… No Afghan wants foreign troops to remain in their country indefinitely. No Afghan wants to face suicide attacks in hospitals, schools, the mosques, and parks,” Ashraf Ghani said in his address. Afghan president spoke hours after his office said it has been reassured by Washington that the talks in Qatar remain geared towards bringing the insurgents to the table with Kabul.