Russian oil output highest in 30 years ahead of Doha meeting 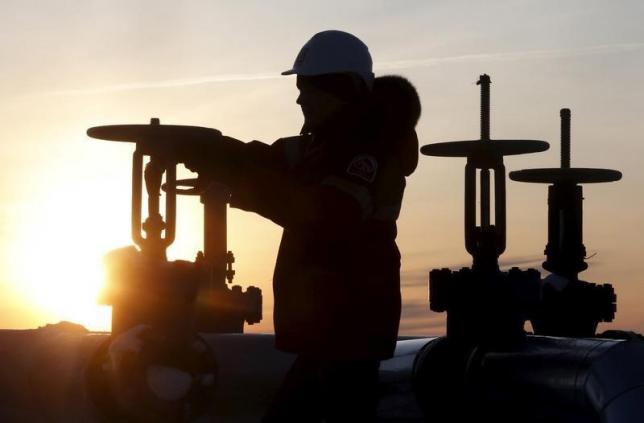 Russian oil output highest in 30 years ahead of Doha meeting

MOSCOW – Russia's oil production rose 0.3 percent to 10.91 million barrels per day in March, its highest level in nearly 30 years, raising questions over Moscow's commitment to freeze output ahead of a producers' meeting in Doha later in April. Energy Ministry data on Saturday showed that in tonnes, oil output reached 46.149 million in March versus 43.064 million, or 10.88 million bpd, in February. Leading oil producers, including Russia, are due to meet in Doha on April 17 for talks on how to freeze oil output at the average levels reached in January to support the global market. But the increase in Russian output to levels not seen since 1987, when it reached a record high of 11.47 million bpd, suggests it may prove difficult for Moscow to stick to oil output freeze commitments. Some oil industry observers said that it would be hard for Russia to stick to an output freeze since the domestic industry is dominated by several big oil companies, such as Rosneft (ROSN.MM), Gazprom (GAZP.MM) and Lukoil (LKOH.MM), each with their own agenda. The Energy Ministry declined immediate comment on the data. The latest production statistics showed that companies, categorised by the ministry as "small producers" were behind the higher production total, with an increase of 1.5 percent to 4.92 million tonnes (1.16 million bpd) in March. An 11.9 percent rise in output from joint ventures with foreign oil companies also contributed to the increase in the total production figure. Oil output under production sharing agreements, designed in the 1990s to encourage investment by foreign oil companies, jumped to 1.51 million tonnes (357,000 barrels per day) last month. Output from major Russian oil companies fell last month, lead by a 0.7 percent output decline at world's biggest listed oil producer Rosneft. Output at Lukoil and Surgutneftegaz (SNGS.MM) edged down by 0.1. Rosneft has said it plans to keep production unchanged this year after it fell by 1 percent in 2015. Natural gas production was at 53.98 billion cubic metres (bcm) last month, or 1.74 bcm a day, versus 52.92 bcm in February. –Reuters