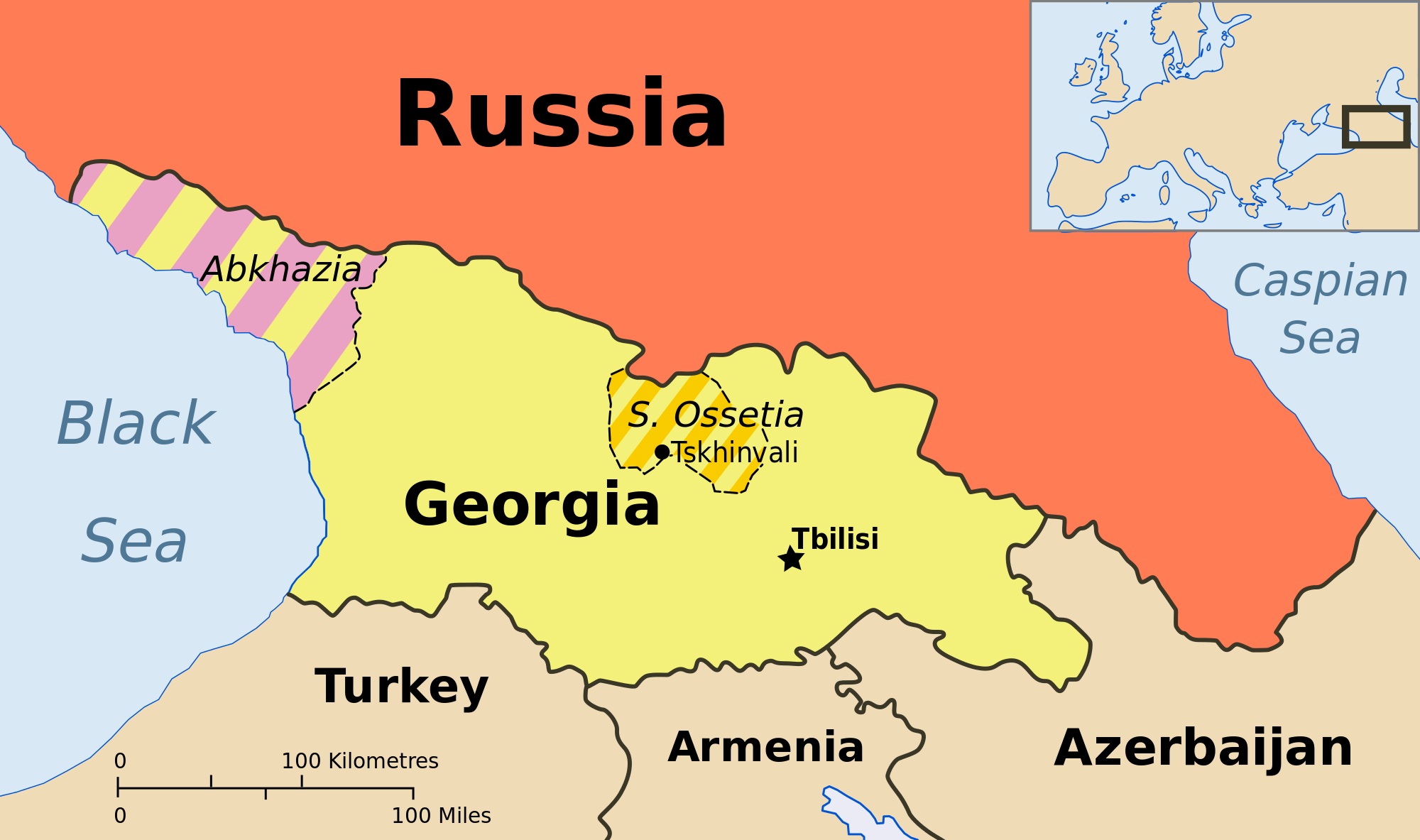 MOSCOW - President Vladimir Putin signed a treaty with Georgia's rebel South Ossetia region on Wednesday that almost completely integrates it with Russia, alarming Georgia and the West a year after Moscow took over Crimea. Tbilisi described the "alliance and integration" treaty as a "move aimed at annexation" and the United States and European Union said they would not recognize the agreement, which the EU depicted as a threat to regional security and stability. Under the deal, signed in the Kremlin by Putin and South Ossetian leader Leonid Tibilov, a former KGB official, the region's security forces, military, economy, customs service and border guards will be deeply integrated with those of Russia. Russia won a five-day war with Georgia in 2008 over the fate of South Ossetia and another rebel region, Abkhazia. It formally recognizes both regions as independent states and signed a similar treaty with Abkhazia last year. "Another step is being taken today to strengthen our partnership," Putin said after signing what he described as a "landmark" treaty in the Kremlin, with the Russian and South Ossetian flags behind him. Tibilov hailed the agreement, which will make it easier for the people of South Ossetia to gain Russian citizenship, as "the best possible guarantee of state security". He said EU and US officials should mind their own business. CELEBRATIONS OVER CRIMEA As they signed the treaty, thousands of people gathered for a concert in the shadow of the Kremlin walls to celebrate the first anniversary of Crimea's annexation from Ukraine, a show of public support for Putin and his assertive foreign policy. Under banners declaring "We are together!" and "Crimea is ours!", young and old alike danced and sang as a military brass band played patriotic music. Other cities across Russia, and in Crimea, also staged marches and rallies, with balloons and Russian flags flying above them. Putin's popularity has soared since he delivered a patriotic speech exactly a year ago urging parliament to annexe Crimea, which had been seized by Russian forces after a Ukrainian president backed by Moscow was overthrown by street protests. Briefly addressing the concert in Moscow, Putin said to chants of "Russia, Russia" that the country would overcome all difficulties from outside - a reference to Western economic sanctions imposed over Russia's role in Crimea and Ukraine. But his actions over Ukraine, parts of which he has referred to as New Russia, have contributed to a collapse in relations with the West to their lowest level since the Cold War ended. NATO accuses Moscow of sending thousands of troops to fight on behalf of pro-Russian rebels in a war that has killed more than 6,000 people. The moves to draw in Abkhazia and South Ossetia, an impoverished region with a population estimated at between 30,000 and 50,000, have alarmed the West and Georgia, a former Soviet republic crossed by gas and oil pipelines to Europe. "It's a cynical and provocative step by Russia ... We consider it a move aimed at annexation," Georgian Foreign Minister Tamar Beruchashvili said of the treaty in Tbilisi. WESTERN FEARS Western leaders fear Russia is becoming increasingly expansionist and may try to take control of other regions in former Soviet states, including separatist-held territory in eastern Ukraine, though Moscow denies this. Russian troops also protect a self-proclaimed independent region in Moldova. The United States and the European Union denounced the new treaty with South Ossetia. "The United States' position on South Ossetia and Abkhazia remains clear: these regions are integral parts of Georgia, and we continue to support Georgia's independence, its sovereignty, and its territorial integrity," US State Department spokeswoman Jen Psaki said. EU foreign policy chief Federica Mogherini said the signing would be "yet another step" against "ongoing efforts to strengthen security and stability in the region". Despite Wednesday's celebrations, some people in Crimea are disappointed by the first year of Russian rule since the Black Sea peninsula, home to Russia's Black Sea fleet, was handed to Ukraine by Soviet leader Nikita Khrushchev in 1954. Putin told a meeting on the economic development of Crimea that people were worried by low wages, high unemployment, the poor condition of roads and the state of housing, communal services and education. South Ossetia's fate since Russia took it over in 2008 is also a cautionary tale. Its people sawRussia as a savior after the war but the region is poor, roads are bad and unemployment is widespread. It is also almost entirely dependent on Russia for financial, political and military support and many of its people are frustrated with life under Russia's wing. Moscow says it has poured in 43 billion rubles ($700 million) at current rates, but independent organizations say much of this has been lost in corruption. Russia has had occasional difficulty maintaining political control in South Ossetia. A presidential election there was declared invalid in 2011 after the candidate backed by the Kremlin lost and accused his opponent of violations. Tibilov, the region's former KGB chief, won the rerun election in 2012. - Reuters