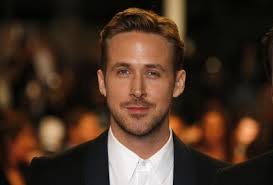 LOS ANGELES - When filming his directorial debut "Lost River" in Detroit, a city struggling to survive bankruptcy after economic decline, actor Ryan Gosling said he wanted to "eliminate the political minutiae" by using fairytale archetypes. "Lost River," written and directed by "Drive" star Gosling and out in US theaters and video-on-demand on Friday, follows the coming-of-age tale of a boy named Bones against the stark, desolate backdrop of Detroit's decaying towns. "People are living in specific neighborhoods and conditions that feel like it could only happen in a movie," Gosling said at last month's South By Southwest Festival in Austin, where the film made its US premiere. The film encompasses deeply saturated, striking images of burning houses, overgrown streets and an eerie underwater lost town, blurring the lines of real and surreal and lending itself to Gosling's urban fairytale format. "You could feel like you're the last people on earth, that the world doesn't care about you, and we wanted to tap into the universal themes in that," he said. As Bones (Iain de Caestecker) attempts to scrape together money and his mother (Christina Hendricks) is forced to become a macabre performance artist to save their family home. Bully (Matt Smith) is the scissor-wielding villain and Rat (Saoirse Ronan), the princess next door who is not quite waiting to be rescued, is among the film's many steely female characters. "I grew up with strong female characters in my life and that's growing, and I just feel like that's my reality," said Gosling, who recently welcomed a baby daughter with actress Eva Mendes, who also stars in the film. "There aren't many scenes that have just women interacting with each other, and a lot of the time, it is to support the male in the middle of that," Ronan added. "I think that's starting to change." After premiering at 2014's Cannes Film Festival, the film received poor reviews, with Variety's Justin Chang calling it an "inauspicious debut." "My review of those reviews? I give those reviews two thumbs down," Gosling said. Instead, the actor-director is hoping the film finds its audience through theaters and video-on-demand including HBO's standalone service HBO Now, which launched this week with exclusive early access to "Lost River." "It's not for everyone but it has its audience," he said. "It's a very specific and personal movie, and you have to get it out there to find who it's for." - Reuters