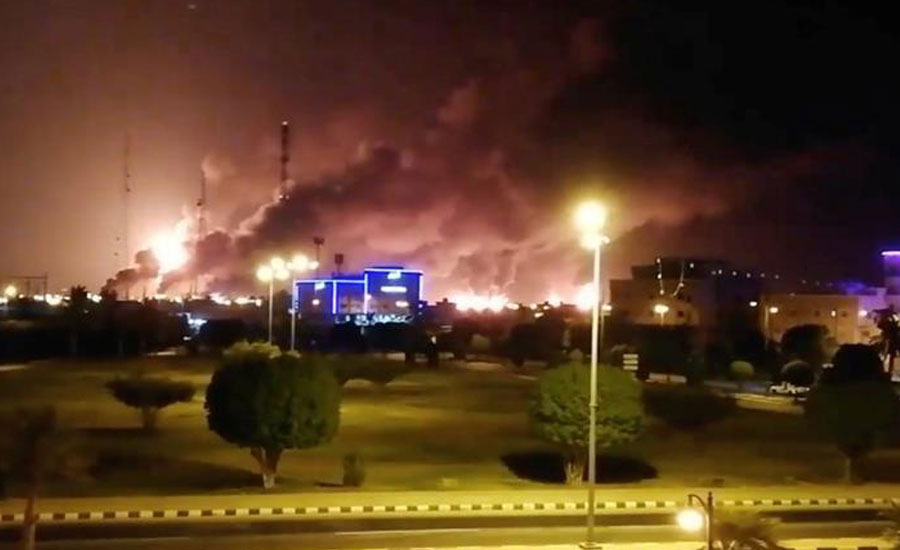 RIYADH/WASHINGTON (92 News) - Saudi Arabia has invited the United Nations (UN) and international experts to assist in the ongoing investigations into the Drones' attacks on key oil installations. The Saudi foreign ministry says initial investigations suspect involvement of Iranian weapons in attacks. On the other hand, United States Defense Secretary Mike Esper said Monday that the US military is preparing a response to the attack on major Saudi Arabia oil facilities. After briefing US President Donald Trump in the White House, Esper singled out Iran as undermining international order, without directly pinning blame on Tehran for the attack. “The United States military, with our interagency team, is working with our partners to address this unprecedented attack and defend the international rules-based order that is being undermined by Iran,” he said in a tweet. Earlier, he also spoke with Saudi Crown Prince Mohammad bin Salman as well as Iraqi Defense Minister Najah al-Shemmari. However Iranian president Hassan Rouhani says the attack on Saudi oil installations is reciprocal response by Yemen.