S Korea, US to scale down military drills: report 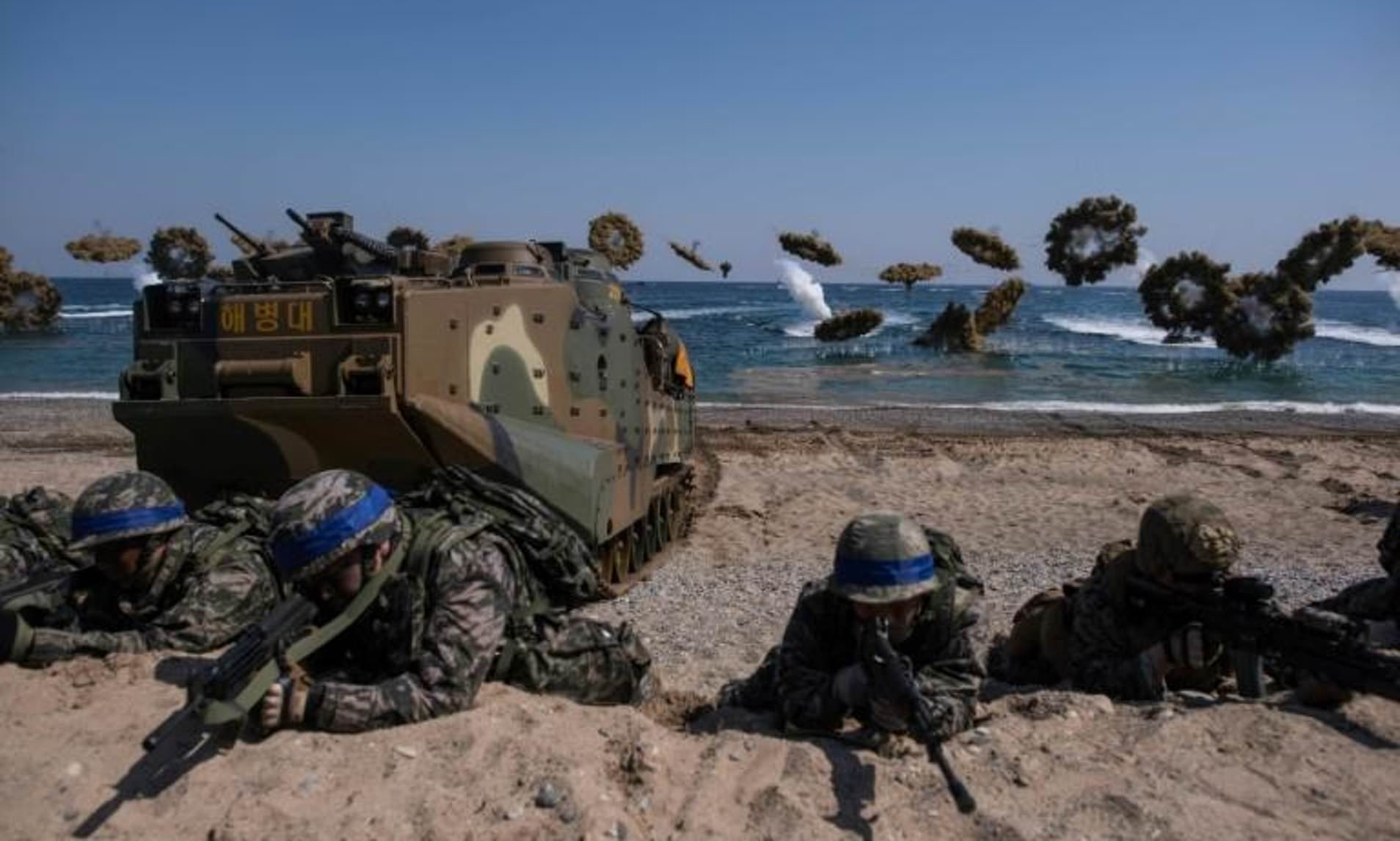 S Korea, US to scale down military drills: report

SEOUL (AFP) - South Korea and the United States will scale down and shorten annual joint military exercises in light of a diplomatic thaw with Pyongyang, a report said Friday.

The Key Resolve and Foal Eagle drills held every spring regularly infuriate the nuclear-armed North, which usually condemns them as preparations for invasion and responds with provocations of its own, ratcheting tensions higher.

But the two Koreas and the US are in the throes of an Olympics-led rapprochement, with South Korea announcing plans for a summit between Seoul and Pyongyang next month, and US President Donald Trump said to be meeting the North's leader Kim Jong Un by the end of May.

The joint exercises were delayed to avoid clashing with the Pyeongchang Winter Games in the South last month.

But according to a senior official in Seoul's presidential office, Kim told a visiting South Korean envoy last week that he would "understand" if the drills went ahead.

Citing a military source, the South's Yonhap news agency said Foal Eagle, a field exercise involving tens of thousands of troops, will start in early April but be halved in length from two months to one.

US strategic weapons such as B-1B bombers and aircraft carrier strike groups, which have been often deployed to and near the Korean peninsula in times of high tension, will not take part this time, Yonhap said.

Earlier, US Lieutenant-General Kenneth McKenzie, director of the joint chiefs of staff, told a briefing that the US conducts a "robust series of exercises" with South Korea every year.

"I don't think this year will be any different than those that have occurred in the past," he added.

A spokesman at the US-South Korea Combined Forces Command said the date, duration and other details of the annual Key Resolve/Foal Eagle exercises will be announced next week.

North Korea has made no official comment on Kim's proposed face-to-face meetings with Trump and South Korean President Moon Jae-in.