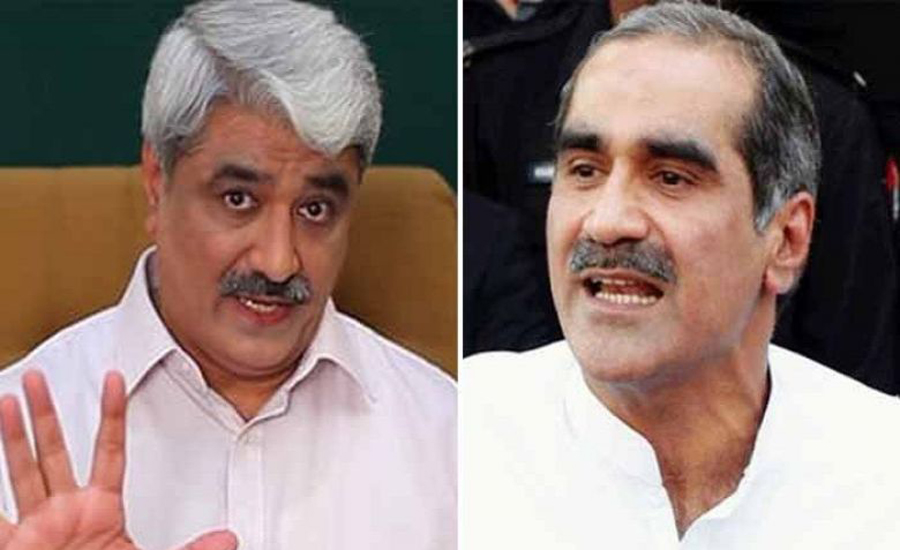 LAHORE (92 News) – Pakistan Muslim League-N (PML-N) stalwart Saad Rafique on Sunday wrote a letter to the National Accountability Bureau (NAB) chairman for accusing DG Lahore being biased ongoing probe. In the Letter, Saad Rafique and his brother Khawaja Salaman Rafiue expressed their reservations against Lahore NAB Director General Shahzad Saleem. The letter stated that Shahzad Saleem had become a party against them. Conveying his reservations, the former minister suggested that his cases, currently being investigated under Shahzad, should be probed by any regional team of NAB other than Lahore. “The NAB Lahore DG discussed details of ongoing investigation against me on national TV in an attempt to prove me guilty of charges before even presenting the case in courts of law,” he was quoted as saying in the letter. “Therefore, I don’t see NAB Lahore conducting transparent probe under these circumstances,” he added. "It is requested that the inquiries/investigations pending at NAB’s Lahore [office,] may kindly be transferred to some other region to be conducted and concluded by an independent, impartial and honest investigator," read the application. Speaking to some private news channels on Thursday, he talked about inquiry and references initiated against PML-N leaders including Rafique and party’s president Shehbaz Sharif for their alleged role in various graft cases. Taking notice of the situation, NAB chairman Iqbal later sought the record of Shahzad’s media interactions that has put him in hot water from the Pakistan Electronic Media Regulatory Authority (PEMRA).