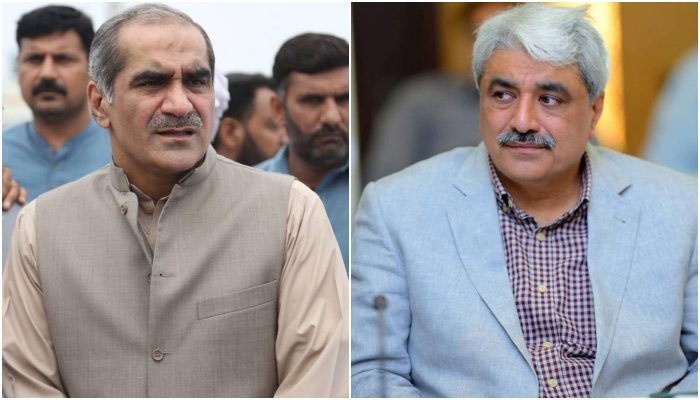 LAHORE (92 News) – Pakistan Muslim League-N (PML-N) stalwart Khawaja Saad Rafique and his brother Khawaja Salman will appear before an Accountability Court on Tuesday (today) in the Paragon Housing scam. As per details, the money trail The National Accountability Bureau (NAB) summoned Khawaja brothers with money trail. On Monday, the Lahore High Court (LHC) on Monday approved protective bail of PML-N leader Khawaja Saad Rafique and his brother Khawaja Salman Rafique in Paragon Housing scam. A bench of the high court approved bail for the two brothers against a surety of Rs500, 000 each until October 24. It issued a notice to the National Accountability Bureau (NAB) to submit its response on next hearing. During the hearing, the plaintiff adopted the stance that all the required data has already been submitted in the National Accountability Bureau (NAB). However, it is feared that the Khawaja brothers would be arrested by the top accountability watchdog, it stated. Meanwhile, the court barred NAB from detaining the ex-ministers till October 24 and issued notices in this regard. Earlier, Islamabad High Court (IHC) had rejected an application requesting for a protective bail for Khawaja Saad Rafique and Salman Rafique. Last week, the Interior Ministry on the request of the anti-graft watchdog placed the names of the former federal minister and his brother on blacklist.