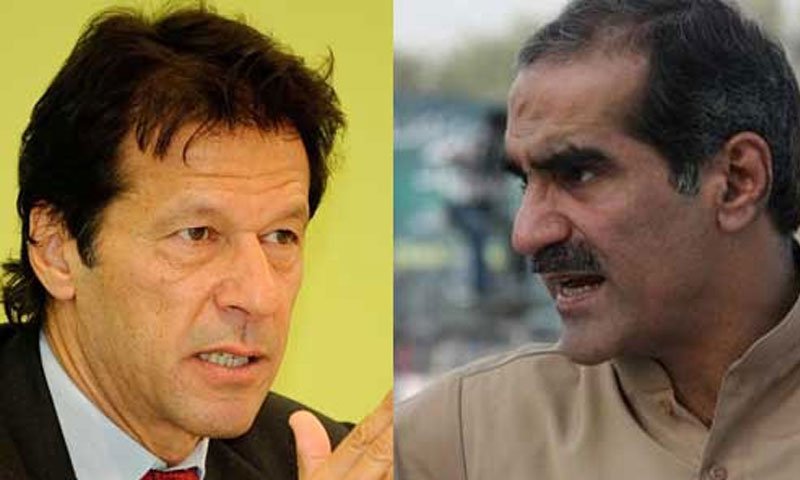 LAHORE (92 News) – Pakistan Muslim League-N (PML-N) leader Khawaja Sadd Rafique challenged the victory of Pakistan Tehreek-e-Insaf (PTI) chief Imran Khan in Lahore’s NA-131 constituency whereas an application has been filed for rechecking of the votes by PTI leader Usman Dar from NA -73, Sialkot. As per details, Saad Rafique submitted a petition in this regard to Returning Officer (RO) Muhammad Akhtar Bhango. The plea maintained that the presiding officer rejected hundreds of votes deliberately. The former Minister has demanded a recount in the constituency as PTI chief won by a close margin. According to unofficial election results, Imran Khan obtained 84,313 votes in a nail-biting contest against Saad Rafique who secured 83,633 votes. Khan clinched the victory with a lead of 680 votes. Meanwhile, Pakistan Muslim League-N (PML-N) leader Abid Ali Sher filed an application for rechecking of the votes in NA-108. District Returning officer said that recounting of the votes will be done today. Abid received 1211 votes and defeated in the general election 2018. On the other hand, PTI leader Usman Dar was contesting from NA- 73 of Sialkot city with Khawaja Asif; a PML-N bigwig. Dar has filed an application for rechecking of the votes in his constituency on the basis of three objections. Results have already been forwarded to the Election Commission of Pakistan (ECP), candidates can file applications within 15 days, starting from the result-submission day. His application will be processed through the election tribunal.