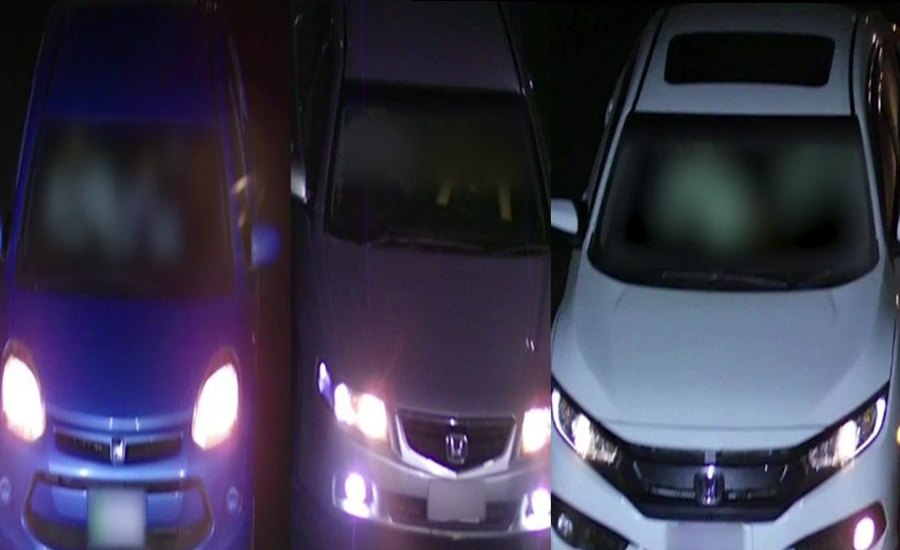 LAHORE (92 News) – The cameras of Safe City Authority are being exposed the private life of the citizens instead of terrorists. According to the details garnered, the leaked pictures from Safe City cameras raise concerns among people. However, the personal pictures taken from Safe City cameras are going viral on social media. The citizens raised their concerns on the alleged leakage of images and termed this act as privacy breach. In the pictures leaked on social media, the number plates of the cars are also visible. Meanwhile, the citizens present in the car on front and driving seats can clearly be seen in the pictures. The police appear incognizant on how the pictures have been leaked on social media. People are criticising the authorities for leaking personal pictures of people as cameras do not come in handy in times of crime. Moreover, the police said that an action has been taken on the matter. After investigation, it will be determined whether the pictures were taken from the safe city cameras in Lahore or Islamabad. It is worth mentioning here that the Safe City project was launched in May, 2016 under which security cameras were installed in various main roads of the city. On the other hand, the citizens harshly responded the matter and termed the personal pictures as privacy breakage. The citizens also demanded independent investigation on the severe matter.