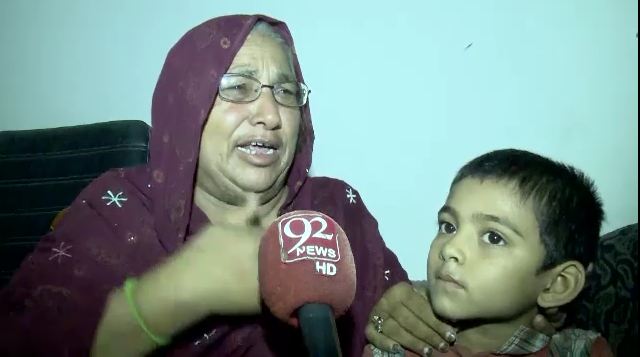 KARACHI (92 News) – Karachi police have on Friday recovered a 7-year-old boy kidnapped 11 months ago from zoo. They also arrested two alleged kidnappers. The boy was kidnapped from Karachi’s Zoo 11 months ago. On Friday evening, the police team raided Nazimabad No 2 area, after receiving a tip-off, and arrested two accused. The arrested were identified as Qasim and Asim. The police also recovered a seven-year-old child, Muzzamil, who was kidnapped from Zoo, 11 months ago. Station House Officer (SHO) Garden Police said that the accused have never demanded ransom from the parents of the child and the investigation is underway to know why the child was kidnapped.