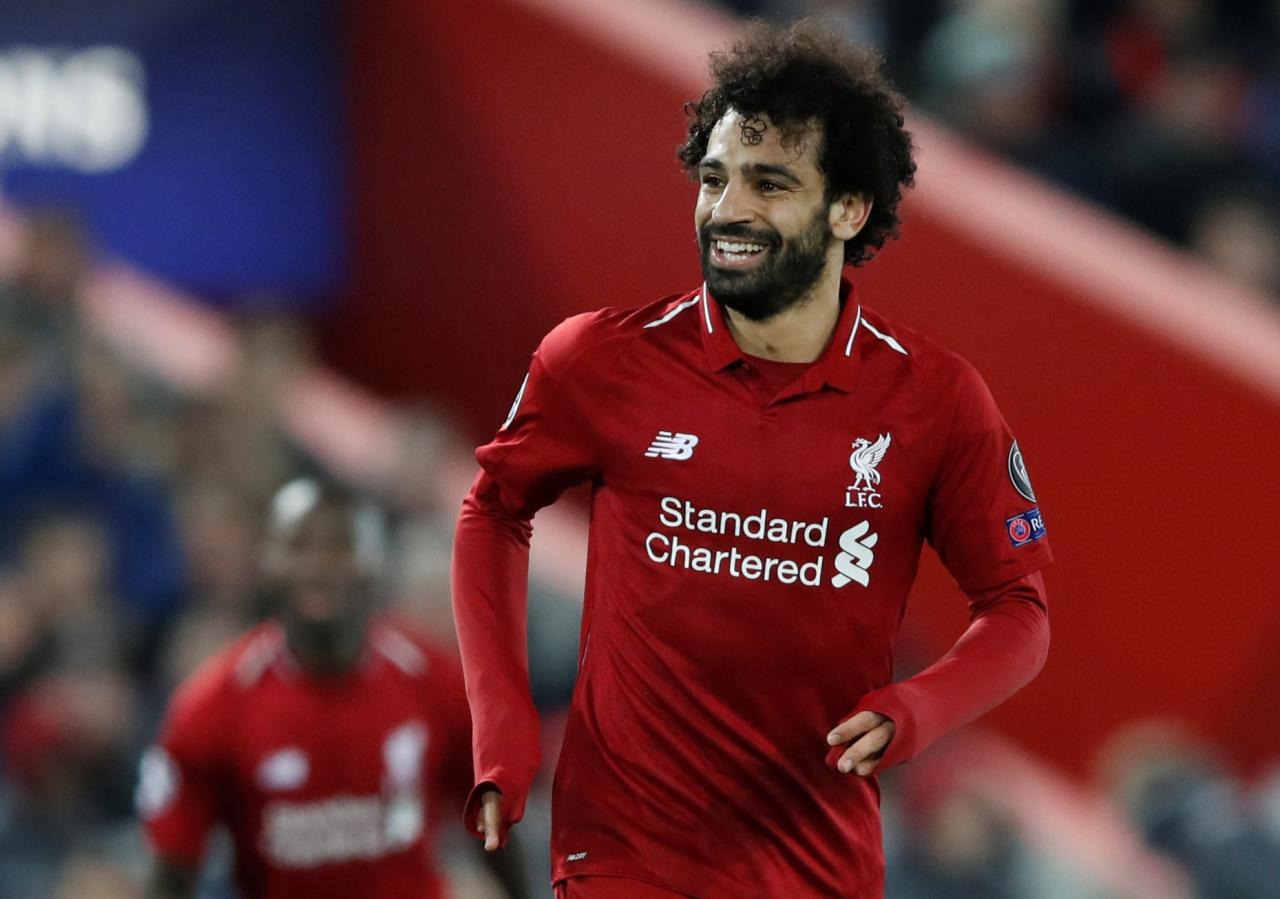 LIVERPOOL, England (Reuters) - Mohamed Salah’s delightful first-half strike gave Liverpool a 1-0 win over Napoli that sent them into the Champions League’s last 16 and the Italian side crashing out at a tension-filled Anfield on Tuesday. Liverpool knew that a 1-0 win, or a victory by two goals or more, would be enough to seal a top-two spot in Group C, and Salah was again the hero for the hosts, scoring what proved to be the winner with a magical individual burst in the 34th minute. Napoli pressed for a leveller in the second half, with Liverpool goalkeeper Alisson denying Arkadiusz Milik in stoppage time with a superb save, but the home side’s resolute defence stood firm to the intense relief of the home fans. Paris St Germain’s 4-1 victory at Red Star Belgrade meant they finished top with 11 points while Napoli, who started the day leading the way, exited the competition as Liverpool snatched second spot on goals scored after both teams finished with nine points. “I’m still full of good feeling,” Liverpool manager Juergen Klopp said. “This game was just amazing. Outstanding, unbelievable. The boys played with their whole heart on the pitch.” Klopp stuck with the midfield three that struggled against PSG in their last Champions League match and it was Napoli who found their rhythm first, creating some promising openings early on. Salah was then presented with a glorious opportunity to break the deadlock, but his touch let him down at the last moment while at the other end, Marek Hamsik could not find the target from a good position. Kalidou Koulibaly was doing a fine job of marking Salah, until the Egyptian produced a moment of magic to score the only goal of the game, skipping past Koulibaly before slotting in from a tight angle — his 34th goal for Liverpool in 2018 in all competitions. Liverpool really should have extended their lead in the second half, with Salah firing wide from a good position, before Sadio Mane was denied by a fine save from David Ospina. Napoli saved their best attacking play for the latter stages, with Jose Callejon firing over from close range, before Mane somehow shot wide when he should have scored. Milik almost broke Liverpool hearts right at the death, only to be denied by Alisson, who raced from his line to make a game-saving block. “Napoli have gone very close but not quite far enough,” Napoli manager Carlo Ancelotti said. “We have no regrets really. The players have done well in such a very difficult group. It would have been a wonderful achievement to qualify. Lots of people did not even think we would take it this far.”