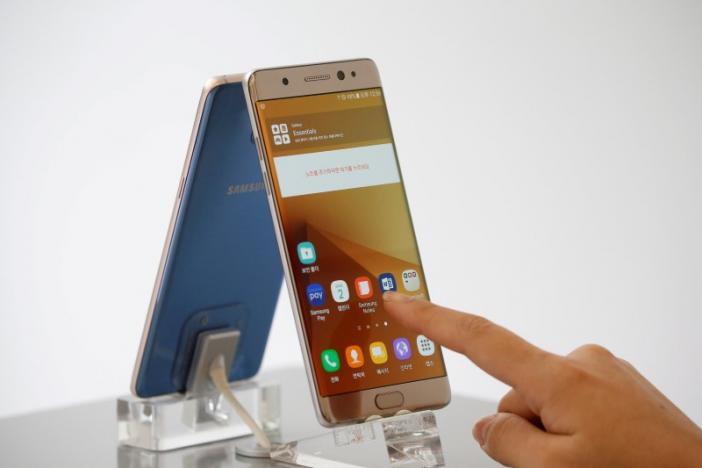 SEOUL - Chinese online retailer JD.com Inc said on Monday Samsung Electronics Co Ltd (005930.KS) is carrying out an internal review, after the e-commerce firm referred a customer report of a Galaxy Note 7 battery fire to the South Korean company. "We immediately referred this case to Samsung and they are conducting an internal review," a spokeswoman told Reuters in an email. Samsung did not immediately respond to request for comment. Chinese online financial magazine Caixin cited late on Sunday an internet user's report that their smartphone, bought from JD.com, had caught fire. In a statement on Samsung's Chinese website dated Sept. 14, the South Korean firm said that Galaxy Note 7 phones sold after the Sept. 1 official launch were not vulnerable to fires because the version sold in China used a different battery supplier. Last week, China's quality watchdog said Samsung's local unit will recall 1,858 units of its Galaxy Note 7 phones, a number of which were sold as part of a testing scheme. -Reuters