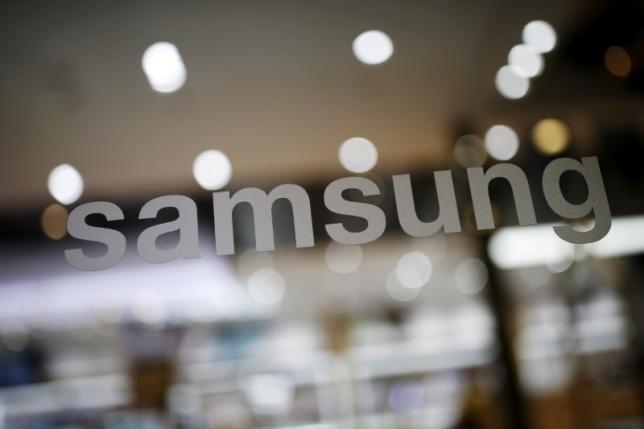 SEOUL/NEW YORK - Tech giant Samsung Electronics Co Ltd said on Thursday it will carefully review proposals made by US hedge fund Elliott Management for restructuring and a special dividend, pushing the firm's shares to a record high. The activist investor sent a letter to the world's No. 1 smartphone maker on Wednesday, spelling out changes that include splitting into a holding company and listing its operating company on the Nasdaq stock exchange. Samsung said in a statement that it would carefully consider the proposals, adding the firm "believes in a constructive and open dialogue with investors with a view to maximising shareholder value‎." Samsung shares jumped as much as 5 percent to mark a new high in morning trade, outperforming a 0.6 rise for the broader market. Elliott's latest activist target is in the middle of a leadership succession and is under pressure after issuing an unprecedented recall of at least 2.5 million Galaxy Note 7 smartphones last month. Samsung's willingness to consider Elliott's proposals helped the stock shrug off renewed concerns about the recall after owners of a replacement Note 7 said its battery had begun smoking in US plane. This has prompted fresh investigations by the Consumer Product Safety Commission and the Federal Aviation Administration. Samsung said it was working to recover the device and that it cannot confirm whether the device in question is a replacement Note 7 until it can retrieve it. LATEST TARGET Elliott, founded by billionaire Paul Singer, owns 0.62 percent of Samsung's shares. The $27 billion (21.2 billion pounds) hedge fund also called into question Samsung's corporate governance and said the family-run company should add three new independent directors to its board. Elliott said the new holding company should look at a possible all-stock merger with Samsung C&T Corp - a subsidiary that the New York hedge fund targeted in a heated shareholder battle last year. Elliott ultimately failed to derail Samsung C&T's merger with sister firm Cheil Industries Inc. Samsung C&T declined to comment on Elliott's merger proposal. US hedge funds rarely target foreign companies for activist campaigns. Other than Third Point, a hedge fund active in Japan, Elliott is the only major US activist with a significant presence in Asia. With such a small stake and an already adversarial relationship, Elliott faces an uphill climb in convincing other shareholders and Samsung's leadership team to implement its changes. One factor that could help Elliott in its efforts is Samsung Electronic's more international shareholder base. Unlike the Samsung C&T battle, where the majority of shareholders were domestic investors, 11 of Samsung Electronic's top 20 shareholders are international investors, according to Thomson Reuters data. US activist ValueAct Capital was given a board seat at Microsoft Corp. in 2013, while holding only 0.8 percent of the company's stock. According to a person familiar with the matter, Elliott is seeking to speak with Samsung's leaders and board, and work with the company collaboratively to implement its proposed changes. Samsung did not immediately comment on whether it has been in communications with Elliott. SUCCESSION Elliott's proposals come as Samsung Group has undertaken a series of moves to pave the way for a stable handover from the ailing, 74-year-old Lee Kun-hee to his three children. Lee's son, Jay Y. Lee, 48, is seen as the de facto leader of Samsung Group as his father remains incapacitated following a 2014 heart attack. The younger Lee was nominated as a board director of Samsung Electronics last month - a role that analyst says will allow him to take a more public role in major strategic decisions. Speculation on how Samsung could restructure its business has loomed for at least a year, with analysts offering up a variety of options, including the so called "opco/holdco" division that Elliott proposed on Wednesday. Elliott nodded to Samsung's recent stock buyback, but said its "substantial and excess net cash position comes at a very real and tangible cost to shareholders." Elliott said it wants Samsung to pay a 30 trillion won ($27 billion) special dividend from its $70 billion cash pile. -Reuters