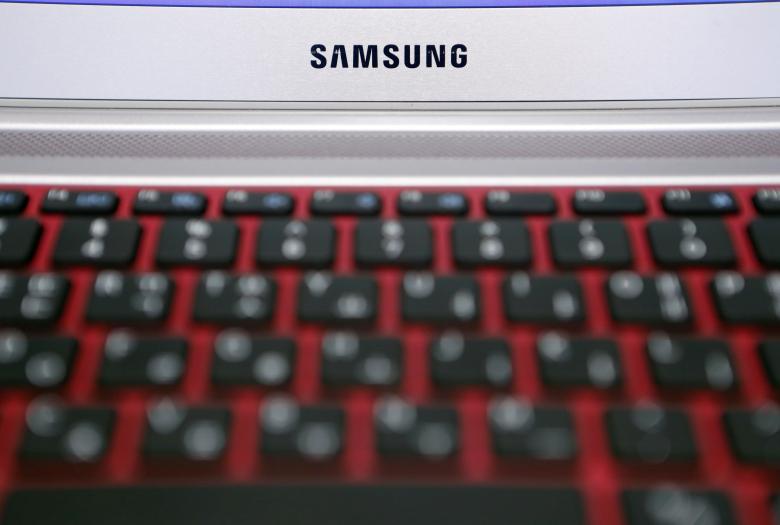 SEOUL - Tech giant Samsung Electronics Co Ltd, under pressure from shareholders to improve investor returns, said on Tuesday it will consider creating a holding company in what would be the biggest shake-up in its 47-year history. The move and a plan to raise dividends come after US hedge fund Elliott Management in October called for the South Korean firm to split itself into a holding vehicle and an operating company. However, the world's top maker of smartphones, memory chips and televisions, said it was "absolutely neutral" about whether to proceed and provided little detail on the potential restructuring, underwhelming investors. "The review does not indicate the management or the board's intention one way or another," the company said in a statement, adding it had hired external advisers for a review expected to take at least six months. Shares in Samsung, worth $224 billion combined, finished unchanged on the day at 1.677 million won ($1,434) each. The 2016 dividend boost fell short of some expectations, while uncertainty over the restructuring kept investors at bay, analysts said. "There is some disappointment that the dividend wasn't even higher or possibly a special dividend and this is the reason for a flat share price today," said Sat Duhra, asset manager at Henderson Global Investors. Samsung did not directly mention Elliott in its statement, but the Korean firm promised to respond to the fund's ideas by the end of November. Samsung pledged to return 50 percent of free cash flow to shareholders for 2016 and 2017, falling short of Elliott's call for 75 percent to be returned and to pay a $26 billion special dividend. Samsung rejected another Elliott proposal by saying that even if it adopts a holding company, it has no plans at present to merge that with Samsung C&T Corp, the group's current de facto holding company. "I don't think Samsung said much that was surprising or beyond what investors already had in mind," said HDC Asset Management fund manager Park Jung-hoon. SUCCESSION Investors and analysts have long viewed a split for Samsung Electronics as a way for the Lee family scion, Jay Y. Lee, and his two sisters to boost their control of Samsung Group companies. They have said that Samsung shares trade at steep discounts to global peers due to what they say is a complex ownership structure, poor corporate governance and inefficient cash management. The hope is that a major restructuring would address those concerns and boost the company's value. Samsung executives did not elaborate on the restructuring in a conference call on Tuesday. But under a restructuring, investors would expect the Lees and affiliates in the Samsung group of companies to exchange their operating company shares for stock in the holding firm, strengthening their grip. Samsung Electronics would then return more capital to shareholders, investors say. Such a move would boost earnings for Samsung Group firms and the Lee heirs, who face a multi-billion dollar inheritance tax in the event that 74-year-old Samsung Group patriarch Lee Kun-hee dies. The senior Lee has been in hospital since May 2014 following a heart attack. Henderson's Duhra said the asset manager would be satisfied with a restructuring if it addresses "decades of inefficient structures, poor governance and weak corporate behavior towards minority shareholders." Samsung said it would increase dividends for 2016 by 36 percent to 28,500 won ($24.36) per share, and buy back and cancel additional shares in January 2017 with whatever excess free cash remains from 2016. The firm also said it needed to maintain a net cash position of between 65 trillion won and 70 trillion won, suggesting it is not likely to pay the special dividend sought by Elliott. Elliott says Samsung has the highest net cash position and lowest dividend payout ratio compared with its global peers of Qualcomm, Apple and TSMC due to its conservative cash management.