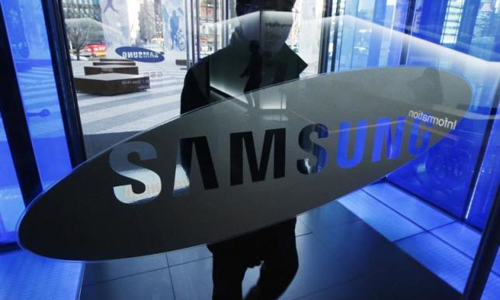 SEOUL - South Korean rivals Samsung Electronics Co Ltd and LG Electronics Inc said on Tuesday they have agreed to call off all their legal disputes including a bitter months-long conflict over a set of damaged washing machines. The two companies said in a joint statement they would withdraw all complaints against each other and ask legal authorities to refrain from meting out harsh punishments in ongoing cases. The announcement comes more than a month after LG appliances chief Jo Seong-jin was indicted by Seoul prosecutors on a charge of deliberately damaging Samsung washing machines at a retail store in Germany last September, following a formal complaint filed by Samsung seeking criminal punishment. Prosecutors have not declared what penalty they would seek against Jo. The two companies have attracted public mockery as they bickered over issues such as how many washers were damaged by Jo and other employees. When LG published surveillance video footage to YouTube in an attempt to prove Jo's innocence, Samsung said the video was heavily edited in the executive's favor. The case adds to a history of clashes between the firms, including an argument over refrigerator capacity and which of the two has the bigger air-conditioning market share. "Both sides have agreed to avoid legal action and resolve any future conflicts or disputes through dialogue and mutual agreement," the companies said. The agreement extends to Samsung Electronics subsidiary Samsung Display and to LG Display Co Ltd. Samsung Display employees were indicted in February on charges of stealing organic light-emitting diode (OLED) display panel technology from LG Display. Samsung Display has said the technology was widely known in the industry and that the indictment was excessive. The Seoul Central District Prosecutors' office declined to comment on the case against the LG Electronics appliances chief, and the Suwon District Prosecutors' Office declined to comment regarding its case against the Samsung Display employees. - REUTERS