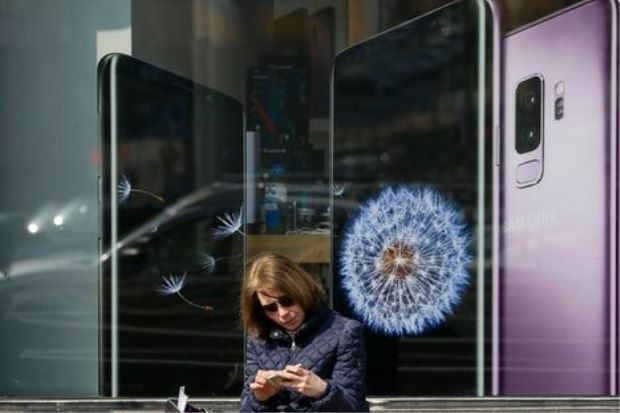 SEOUL (Reuters) - South Korean tech giant Samsung Electronics Co Ltd estimated on Friday earnings grew at the slowest pace in more than a year in the second quarter, as analysts said weak smartphone sales likely offset record high chip earnings. Samsung shares fell 2 percent as the guidance gave investors insight into how badly the decline in smartphone profitability is hurting the company’s bottom line, after it warned in April of an earnings slowdown amid tougher competition. The world’s biggest maker of memory chips, smartphones and TVs said April-June operating profit would grow 5.2 percent to 14.8 trillion Korean won (10.02 billion pounds), just missing an average estimate of 14.9 trillion won from 18 analysts polled by Thomson Reuters. While the chip business would post its seventh consecutive record quarterly profit, analysts say, lacklustre smartphone earnings growth fuelled concerns the mobile business is running out of ideas to underpin sales of its premium Galaxy devices. “It is going to be tough. The smartphone market is not growing anymore but the competition is intensifying,” said Lee Won-sik, an analyst at Shinyoung Securities. Samsung shares are down about 12 percent this year on concerns over slowing profit growth and a lack of technological innovation to drive smartphone sales. New monthly data released  by mobile phone market tracker Counterpoint Research highlighted Samsung’s problems, showing its latest Galaxy 9 Plus premium handset had been overtaken by Apple Inc’s iPhone 8 as the world’s top-selling smartphone due to weak sales in Europe. Competition from cheaper Chinese brands like Xiaomi Corp and Huawei [HWT.UL] have already seen Samsung lose market share in China and India, the world’s top smartphone markets.

While the smartphone business struggles, Samsung’s profits are being driven by strong global sales of DRAM and NAND chips which account for about a third of its revenue. Overall sales likely fell 4.9 percent from a year earlier to 58 trillion won, Samsung said, versus analysts’ average forecast of 59.7 trillion won. The firm did not elaborate and will release detailed earnings in late July. The outlook for chips remains upbeat, with production of Apple’s next iPhone likely to support NAND flash memory prices after they fell by up to 15 percent in the second quarter, according to chip price tracker DRAMeXchange. The average selling price of DRAM chips, which help devices perform multiple tasks, is forecast to climb 14.8 percent this year, research firm Gartner says. “Overall, third-quarter profit will be stronger than the second quarter as Samsung will perform better in the semiconductor and display businesses,” Song Myung-sup, an analyst at HI Investment & Securities, said. Investors are growing increasingly concerned however about the prospect of an all-out trade war between China and the United States, and how this could impact major exporters like South Korea’s tech champions. “Sentiment is absolutely not positive as South Korea heavily relies on exports, but we should see if that really hurts financially key exporters like Samsung,” said Park Jung-hoon, a fund manager at HDC Asset Management that owns Samsung shares. There are also fears that a Chinese price-fixing probe into chipmakers including Samsung could limit the upside for DRAM prices, as China is the largest importer of memory products. The high cost of chips has hurt many electronics makers, with Chinese manufacturers among the hardest hit as they operate at lower margins than rivals.