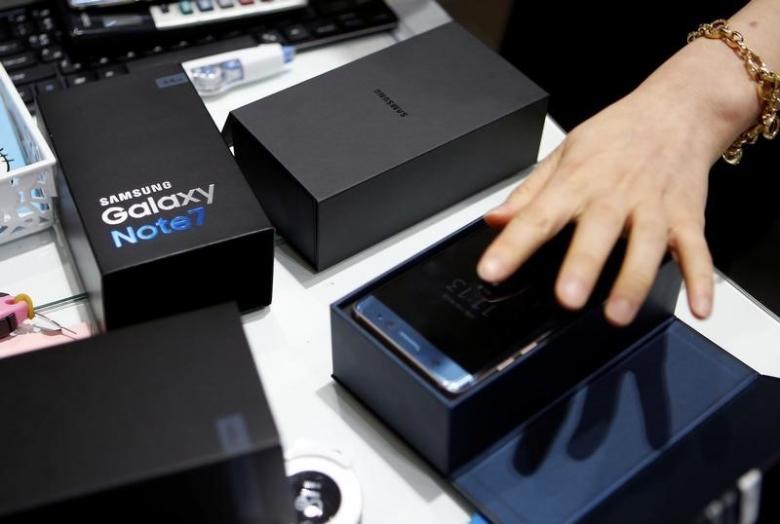 SEOUL - Samsung Electronics Co Ltd said on Thursday it was reviewing options to limit the potential environmental impact from the firm's discontinuation of the Galaxy Note 7 smartphones. The remarks come after environmental group Greenpeace issued a statement earlier this week demanding the world's top smartphone maker find a way to reuse rare materials such as cobalt, gold, palladium and tungsten in the discontinued smartphones that Samsung is taking back. "We recognize the concerns around the discontinuation of the Galaxy Note 7 and are currently reviewing possible options that can minimize the environmental impact of the recall in full compliance with relevant local environmental regulations," Samsung said in a statement. Samsung in October permanently ended sales of the fire-prone Note 7 smartphones and is in the process of recalling them globally. The firm had sold 3.06 million of the phones to customers before they were pulled from the market. Samsung did not refer to Greenpeace in its statement and declined to comment on what it plans to do with the recovered Note 7 devices. -Reuters