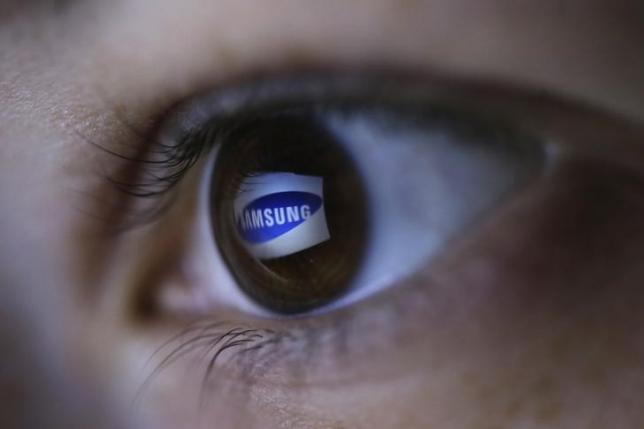 SEOUL - Samsung Electronics Co Ltd 005930.KS on Wednesday said it would post its first quarterly profit gain in two years, beating expectations as strong sales of chips and displays probably offset weakness in its smartphone division. The South Korean tech giant estimated its July-September operating profit would leap 79.8 percent from a year earlier to 7.3 trillion won ($6.29 billion), compared with a 6.7 trillion won profit tipped by a Thomson Reuters SmartEstimate poll of 30 analysts. While analysts attributed much of the earnings surprise to the weaker won, Samsung's shares were on track for their biggest daily percentage gain in nearly 4 years in midday trade as investors saw an end to successive quarters of declining earnings. "There were worries that overall earnings will continue falling as mobile profits declined, but now the numbers make the case that Samsung has the capacity to withstand weakness from the mobile business," IBK Securities analyst Lee Seung-woo said. The weaker won added about 300 billion won to operating profit, while cost-cutting and improved smartphone inventory management also probably helped, Dongbu Securities analyst Yoo Eui-hyung said. The world's No.1 maker of smartphones and memory chips guided for a 7.5 percent revenue increase for the third quarter, in line with expectations. It gave no further details about its performance, and will disclose full results in late October. Samsung shares were up 6.3 percent as of 0239 GMT (2139 EDT), outperforming a 0.5 percent gain for the broader market .KS11. Its semiconductor division is expected to have remained the top earner for the fifth straight quarter, analysts said. Display earnings meanwhile are believed to have been boosted by rising sales to external clients such as Huawei Technologies Co Ltd [XTC.UL], they added. The won's depreciation helped as well, with the average exchange rate against the dollar falling 12 percent in the third quarter from a year earlier, according to Bank of Korea data. Though smartphone earnings likely improved from a year earlier on the back of new lower-end models and the August launch of the premium Galaxy Note 5, the firm has yet to win back market share from Apple Inc AAPL.O in the premium segment or its Chinese rivals in the lower end of the market despite revamping its product lineup, according to research firms. Fourth quarter operating profit would probably ease sequentially due to higher smartphone marketing bills ahead of the year-end holidays, HDC Asset Management fund manager Park Jung-hoon said. -Reuters