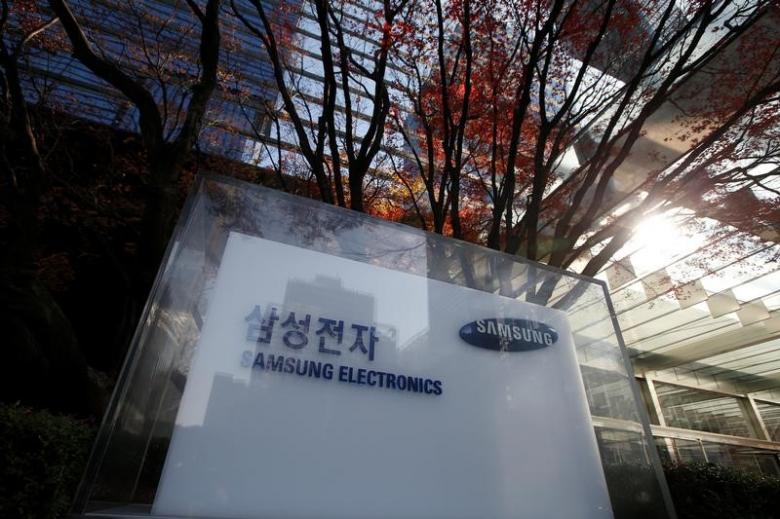 SEOUL - Samsung Electronics Co Ltd added $9 billion to its market value on Wednesday as shares in the South Korean tech giant soared to record highs, buoyed by promises of greater capital returns and a review of its corporate structure. Under pressure from US activist hedge fund Elliott Management, the world's top maker of smartphones, memory chips and televisions said on Tuesday it planned to return 50 percent of its free cashflow in 2016 and 2017 and offered a 36 percent rise in total 2016 dividends. Samsung also said it would expand its share buyback after completing a record 11.4 trillion won ($9.8 billion) of repurchases this year. While the measures fell short of those proposed by Elliott in October, analysts and investors said Samsung's announcements met expectations and were steps in the right direction. Elliot, which owns 0.6 percent of Samsung, had called for the firm to pay out 30 trillion won in special dividends and to return 75 percent of free cashflow. The South Korean firm confirmed it was considering creating a holding company structure, which analysts say will likely result in the firm splitting into an ownership vehicle and an operating company as proposed by Elliott. "So long as Samsung can maintain healthy cashflow levels and it moves to buy back and cancel more shares, dividend per share will continue to rise," said IBK Asset Management fund manager Kim Hyun-su. "At this point it's hard to tell how big a boost in market valuations there will be from the holding company talks, but the prospects of payout growth is clear and positive." Elliott called the firm's Tuesday proposals a "constructive initial step" but signalled it wanted more, suggesting Samsung will remain under pressure from the US fund. While Samsung said it was "absolutely neutral" in regards to the potential restructuring, investors have long suspected the split into a holding and operating company was likely as part of a complicated set of moves for the founding Lee family heirs to increase their control in the crown jewel of the sprawling Samsung Group. Under a restructuring, investors expect the Lees and affiliates in the Samsung group of companies to exchange their operating company shares for stock in the holding firm, strengthening their grip. Samsung Electronics would then likely return more capital to shareholders, investors believe, as that would boost income to the Lee heirs, who face a multi-billion dollar inheritance tax in the event that 74-year-old Samsung Group patriarch Lee Kun-hee dies. Such payout growth would benefit others, too. Shares in Samsung, worth $224 billion, climbed 4.2 percent as of 0240 GMT to a record 1.747 million won ($1,496.74), outperforming a 0.4 percent rise for the broader market. The stock is up more than 38 percent so far this year. -Reuters