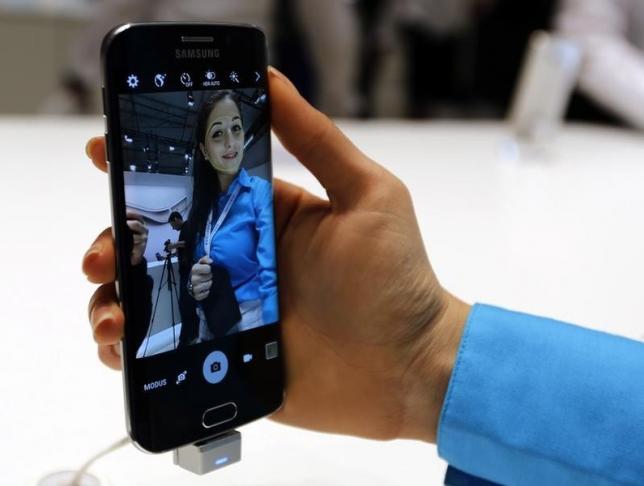 SEOUL - Tech giant Samsung Electronics Co Ltd (005930.KS) said it expects record shipments for the new Galaxy S smartphones that go on sale on Friday, but will have trouble meeting demand for its curved-edged model due to production constraints. The new S6 models are expected to sell briskly following a string of positive reviews, boosting hopes for an earnings recovery in 2015 after the company estimated its January-March operating profit reached the highest level in three quarters. Strong demand for the curved-screen variant, which costs as much as $120 more than the regular S6 in South Korea, could further lift margins and propel earnings for the firm's struggling mobile division, investors and analysts have said. But the head of Samsung's mobile business, J.K. Shin, told reporters there would be supply constraints in the near future for the curve-screened S6 edge model, although the company was working hard to improve production yields. The company has not said what its shipment record is for one of its handset models but the Galaxy S4 is widely seen as Samsung's previous top-seller, with Nomura estimating shipments of 43 million from its early 2013 launch through the end of that year. Shin said that while Samsung opted to use its own mobile processor and modem chips in the new Galaxy S phones, the firm expects its partnership with Qualcomm Inc (QCOM.O) to continue, adding that it could opt to use the U.S. chip maker's products in the future for new products. The new Galaxy devices go on sale in 20 countries on Friday. - Reuters