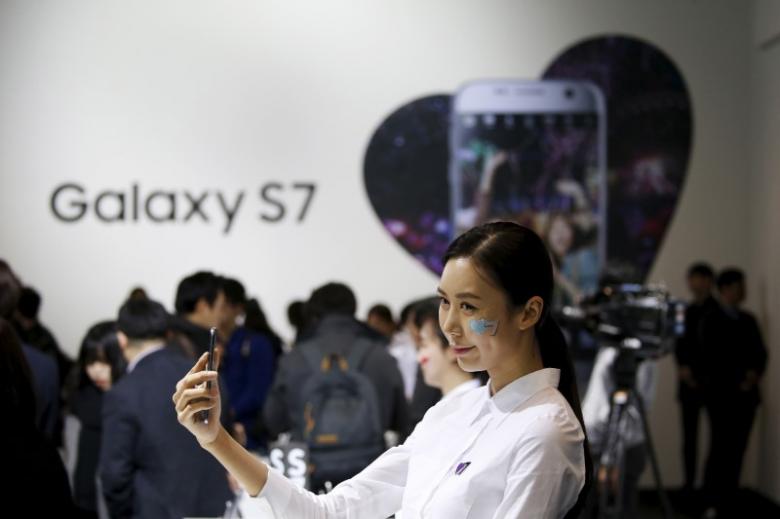 SEOUL - Samsung Electronics Co Ltd said on Monday it is offering an upgrade program to Galaxy Note 7 customers in South Korea who trade in their recalled device for a Galaxy S7 phone, marking its latest bid to hang on to customers. In a statement, Samsung said customers who trade in their Note 7 phone for either a flat-screen or curved-screen version of the Galaxy S7 can trade up for a Galaxy S8 or Note 8 smartphone launching next year through an upgrade program. The world's top smartphone maker permanently ended Note 7 sales due to continued reports of fire from the flagship device. Samsung, in addition to offering refunds or exchanges for a Galaxy S7 smartphone, has already offered financial incentives amounting to 100,000 won ($88.39) to affected customers in South Korea. Users in the upgrade program will need to pay only half the price of a Galaxy S7 device, rather than the full amount, before exchanging to the S8 or the Note 8, Samsung said. In offering the Note 8, Samsung indirectly reinforced previous statements that the Note series will not be discontinued. Samsung has stepped up marketing and promotion for its Galaxy S smartphones to try to make up for some of the lost sales. The Note 7's collapse is already costing Samsung $5.4 billion won in operating profit between the third quarter of this year and the first quarter of 2017. Some experts and analysts say Samsung will need to offer incentives to affected customers as part of their efforts to limit long-term damage to its brand and reputation from the Note 7's failure. -Reuters