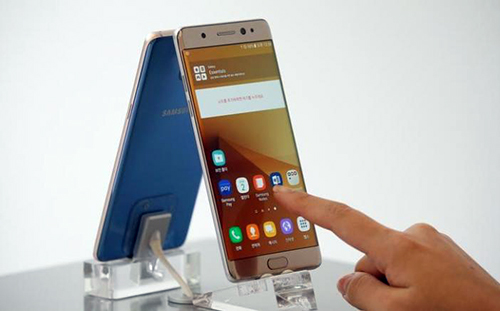 SEOUL – Samsung Electronics Co Ltd has recalled all Galaxy Note 7 smartphones equipped with batteries it has found to be fire-prone and halted their sales in 10 markets, denting a revival of the firm's mobile business. Koh Dong-jin, head of the South Korean company's smartphone business, declined to comment on how many phones needed to be replaced, but said Samsung had sold 2.5 million of the premium devices so far. Speaking at a news conference on Friday, Koh expressed regret over the recall, which will affect markets including South Korea and the United States. Models in China feature a different battery and are not being recalled by Samsung, the world's biggest smartphone vendor. The recall comes just over two weeks after the company launched its latest premium phone, which features an outsized screen and high-resolution camera. It follows reports of the 988,900 won ($885) phone igniting while charging. The manufacturer plans to replace not only phones with faulty batteries sold to consumers, but also retailer inventories and units in transit. Nomura estimated that more than 1 million units have been sold to end consumers. "I can't comment on exactly how much the cost will be, but it pains my heart that it will be such a big number," Koh said. Strategy Analytics said the combined cost of the recall and lost sales would lop $5 billion off Samsung's smartphone revenue this year and cut smartphone profit margin by 1.5 percent. The scale of the recall is unprecedented for Samsung, which prides itself on its manufacturing prowess. While recalls in the smartphone industry do happen, including for rival Apple Inc, the nature of the problem for the Galaxy Note 7 is a serious blow to Samsung's reputation, analysts said. The company should act quickly to minimize damage to its smartphone recovery, after a string of product successes had reversed a fall in market share, they added. 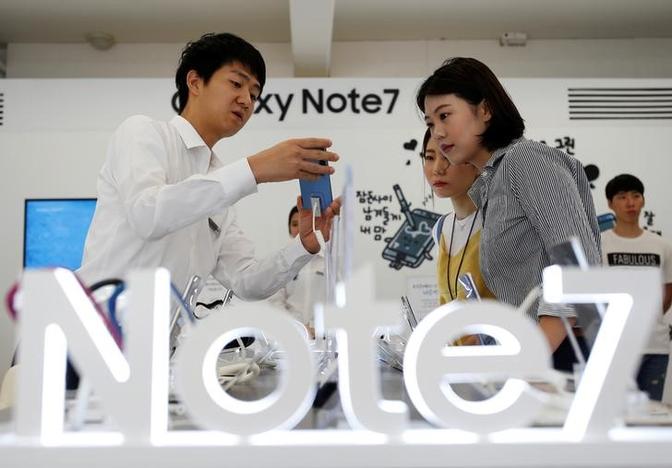 CUSTOMERS PUT ON HOLD The phone first launched in 10 markets in North America, Asia and the Middle East. Further roll-outs have occurred since in markets like China, where sales started just this week. Its wider availability, set for coming weeks, is now on hold. While there are occasional reports of phones catching fire or otherwise burning users, documented cases that lead to widespread product recalls remain relatively rare. Samsung said it was aware of 35 reports of affected Note 7 batteries. In 2007, the largest battery recall in consumer electronics history took place when Nokia, then the world's top mobile handset maker, offered to replace 46 million phone batteries produced for it by Japanese maker Matsushita Battery. Germany's biggest operator, Deutsche Telekom, said it had stopped delivering orders for the Galaxy Note 7, while French operator Orange said on its website that it had stopped pre-sales of the phone and postponed its planned sales launch - scheduled for Friday. In Britain, mobile carriers EE and Vodafone continue to accept pre-orders for the Note 7 on their sites. A Vodafone spokesman said its planned Sept. 19 sales launch could now slip, but the company was waiting for more details from Samsung to decide. US. operators have been taking pre-orders since early August. All major wireless carriers, including No.1 US wireless provider Verizon Communications Inc, said they had stopped selling the Galaxy Note 7. Samsung said in a separate statement it started an exchange program in the country for the Note 7. Major US retailers Best Buy and Target also said they had halted sales of the Note 7. Verizon said that if a customer wants to return or exchange the Galaxy Note 7, it would waive through Sept. 30 the restocking fee it charges customers. T-Mobile US, majority owned by Deutsche Telekom, said in a statement it would also waive restocking and shipping charges to customers who want to return the recalled phone. SECOND-HALF HOPES Samsung has said it aimed for the Note 7 to maintain strong sales momentum in the second half of the year against stiffening competition from the likes of Apple, which is widely expected to release its latest iPhone next week. 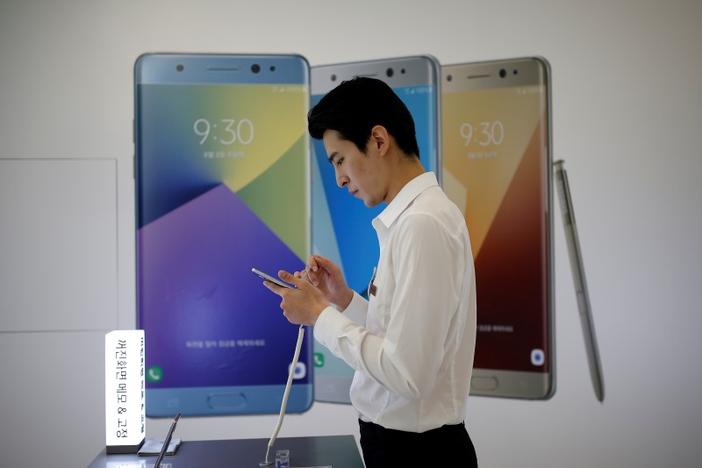 Strategy Analytics said Samsung will likely sell fewer than 10 million Note 7s this year compared with its previous estimate of 14 million globally. Samsung said new sales of the Note 7 in affected markets would resume after it deals with replacements, a process it expects will begin in about two weeks. The firm would extend refund periods for affected customers and offer exchanges for other Samsung phones, Koh said. Investors sold Samsung shares after the delay announcement on Thursday, stripping about $7 billion from the firm's market value, which remains just off recent record highs. Sentiment recovered somewhat in trading on Friday as the shares rose 0.6 percent compared with 0.3 percent in the broader market. Credit Suisse said a recall or major shipment delays could wipe 1.5 trillion won ($1.34 billion) from Samsung's 2016 operating profit estimate of 30.2 trillion won in an "absolute worst case" scenario. But the brokerage said that scenario was unlikely, as it expected Samsung to resolve the problem before the fourth quarter. HI Securities analyst James Song said the replacement costs may be somewhat limited as Samsung could recycle components of the recalled phones. "It is clever for Samsung to replace the affected models, not offering fixes," he said, adding this would help consumer confidence. Samsung's mobile division accounted for about 54 percent of the firm's January-June operating profit of 14.8 trillion won. –Reuters