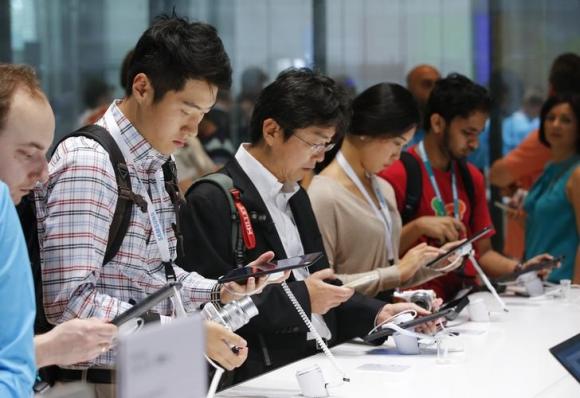 SEATTLE - Microsoft Corp's Office apps will be pre-installed in some Samsung tablets running Google Inc's Android system, extending an agreement to put some Microsoft apps on the new Samsung Galaxy S6 phone. The move is the latest sign that Microsoft is pushing to get its cloud-enabled software into the hands of as many customers as possible, regardless of the platform or device. Microsoft said Monday that Samsung will pre-install Word, Excel, PowerPoint, Skype and its note-taking and cloud storage apps on certain tablets in the first half of this year. Customers can use the apps free of charge but must pay for premium features. The companies said in February the new Samsung Galaxy S6 phone would be pre-installed with some Microsoft apps. In the past, Microsoft preferred to pair its lucrative Office applications with its ubiquitous Windows operating system, but with the rise of mobile computing, Microsoft has been working hard to make its software available to users of Apple Inc's iOS and Google's Android, which dominate the tablet and smartphone markets. - Reuters