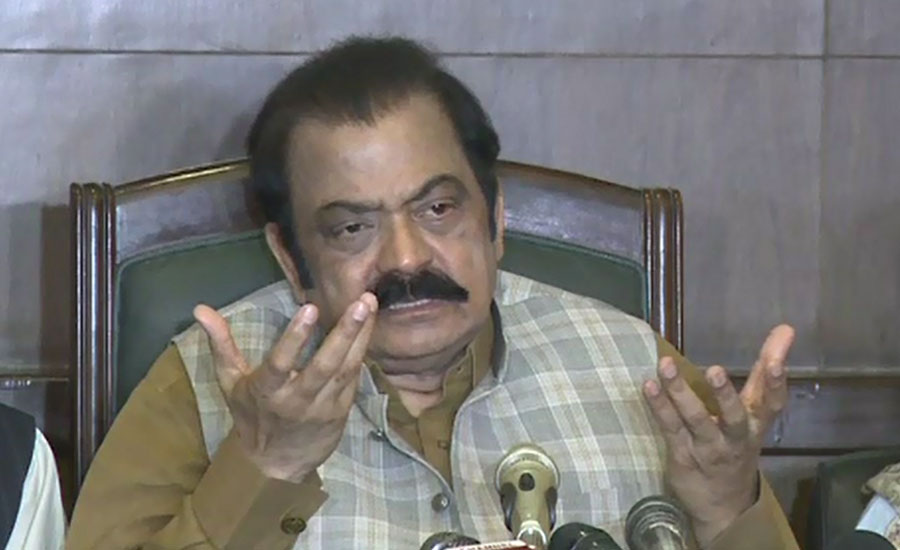 LAHORE (92 News) – Pakistan Muslim League-N (PML-N) on Sunday declared the party legislators meeting with Prime Minister Imran Khan as fake propaganda. Speaking to the journalists, the PML-N leader said that no PML-N parliamentarian met with the prime minister. He also said that if any turncoats in the party wanted to join the Pakistan Tehreek-e-Insaf (PTI), he should have to resign. Rana Sanaullah also threatened to surround the house of any parliamentarian who tried to become rebel without any illegal channel. “The people, who bought ally-parties with the help of 15 billion rupees, wanted to buy the PML-N leaders,” he added. “This is a deliberate attempt to spread fake news and divert people’s attention from PTI’s failed economic policies,” Rana Sanaullah said. https://www.youtube.com/watch?v=NrOzC0pQfO4

Names of 15 PML-N lawmakers surfaced who met with PM

92 News revealed the names of 15 disgruntled PML-N lawmakers – who met with Prime Minister Imran Khan at his Bani Gala residence on Saturday. Obviously, the hopes of PML-N regarding to change the Senate chairman was shattered after the meeting of its party legislators with the prime minister. The main opposition party’s (PML-N) forward bloc surfaced. Bani Gala meeting was held as “CM Punjab had brought 15 estranged PML-N’s provincial legislators. 92 News revealed the names of MPAs who met the premier, adding that the legislators belong to different districts of the Punjab province. MPA Azhar Abbas, Muhammad Faisal Khan Niazi, Ghiyas-ud-Din, Jaleel Ahmed, Chaudhry Muhammad Arshad, Nishat Khan Daha and Ch Zulifqar Ali Bhinder were held a meeting with PM Khan in presence of Sardar Usman Buzdar. Naeemul Haque in his Twitter message termed the major development as the emerging differences between the provincial legislators and PML-N top leadership. “The meeting lasted for 1.5 hours at Bani Gala,” said Naeemul Haque. He hinted that the Bani Gala meeting was held as “CM Punjab had brought them [PML-N MPAs] over.”