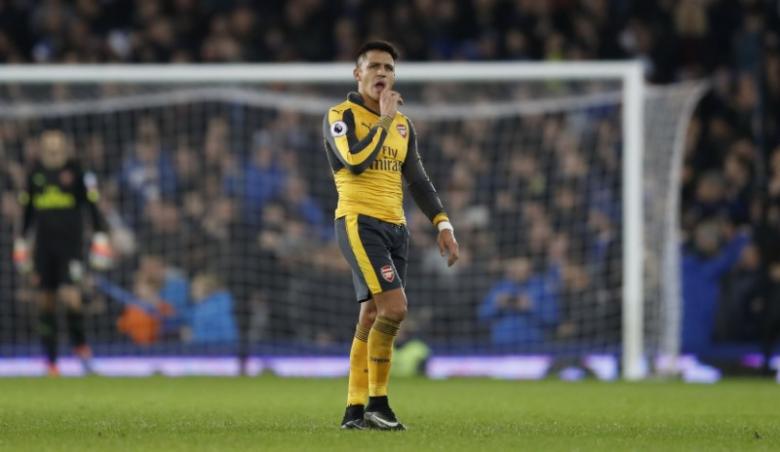 LONDON – Alexis Sanchez has said he is very happy at Arsenal but the Chile winger has put the onus on the north London club to put an end to the protracted contract negotiations to keep him at the Emirates Stadium. Arsenal have offered Sanchez, who has 18 months on his current contract, a new deal but fear negotiations could drag on as they are struggling to match the Chilean's 250,000 pounds-a-week wage demands, according to British media reports. "I'm focussed more on winning football matches -- I'm staying concentrated on that," Sanchez told Sky Sports. "It really doesn't depend on me -- if they want to show confidence in me. I'm very happy at the club. "I love all the staff. I'm very grateful for everybody here. It depends on Arsenal. I enjoy the relationship with the fans. I want to achieve more for them. I want to win the Premier League and the Champions League. "I've told my agent I don't want to speak about this too much when all the rumours are going around -- it can distract a player from their main focus of concentration." Sanchez has been in good form this season, scoring 14 goals in 22 appearances so far. "I'm playing well and scoring goals. I'm achieving my objectives," the 27-year-old added. "I'm just focussed on playing football, Sunday is a very important match... I'm very relaxed. I'm trying not to let it bother me -- that's not what I want. "We'll see when it's all resolved - I'm very calm." Arsenal, who are third in the table, travel to face fourth-placed Manchester City on Sunday. –Reuters