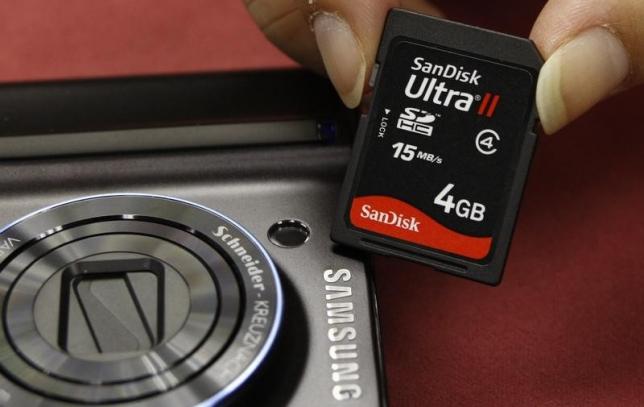 CALIFORNIA - SanDisk Corp forecast a steeper-than-expected fall in full-year revenue and said it plans to cut jobs to reduce costs, as the data storage products maker struggles to meet demand for its flash-based memory products. The forecast of a revenue decline, which will be its first after two years, came after the company reported its first fall in quarterly revenue, also in two years. Shares of SanDisk, which makes products for cloud computing and datacenters as well as for smartphones and other mobile devices, fell 6 percent in extended trading. There is strong demand for SanDisk's solid-state drives and memory chips. But, lower pricing, lean inventory, unplanned maintenance at its chip foundry last year and delay in sales of certain embedded parts has led to two revenue forecast cuts this year, including a warning last month. "It looks like SanDisk is going to have pretty tough road ahead to haul in 2015," said Wedbush Securities analyst Betsy Van Hees, adding that the company's spending is high and will continue at "elevated levels". The company plans to reduce its non-factory headcount by about 5 percent to cut costs, it said on a conference call. SanDisk had 8,696 full-time employees as of Dec. 28. The job cuts were "a natural thing for them to do" given the shortfall in revenue numbers and the fact that SanDisk was ramping up headcount over the last year, said RBC Capital Markets analyst Douglas Freedman. SanDisk's revenue forecast for the current quarter was well below analysts' average estimate and its full-year revenue forecast of $5.4-$5.7 billion also fell short of expectation of $6.15 billion. SanDisk's revenue fell nearly 12 percent in the first quarter ended March 29 to $1.33 billion, slightly above analysts' average estimate of $1.31 billion, according to Thomson Reuters I/B/E/S. Net income fell nearly 86 percent to $39.0 million. On an adjusted basis, the company earned 62 cents per share, short of analysts estimates of 66 cents per share. The company had said in January it had lost a major customer, widely believed to be Apple Inc, which switched to using solid state drives made by Samsung Electronics Co Ltd in its MacBooks. SanDisk's shares were down 5.8 percent at $67 in trading after the bell. The stock has lost just over a quarter of its value this year, which analysts say makes SanDisk an attractive target for companies looking to boost their presence in the enterprise market. - REUTERS