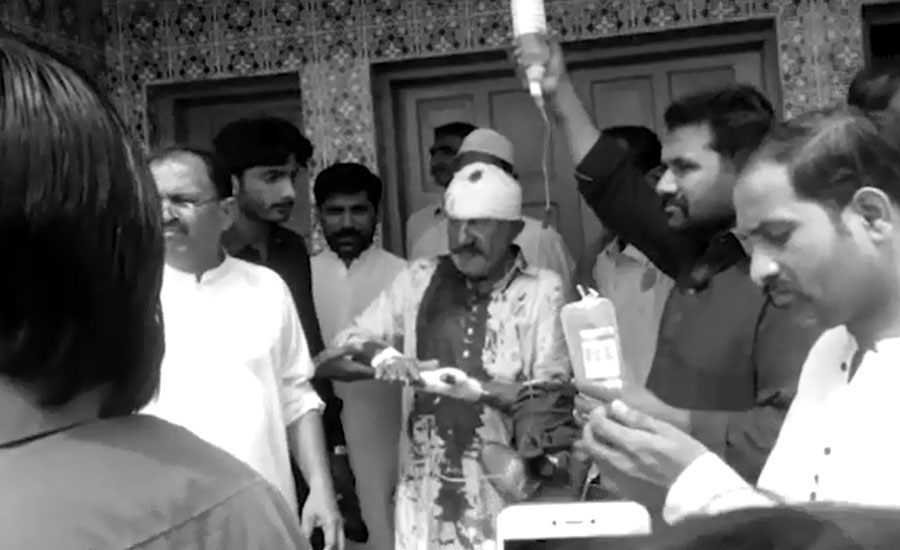 SANGHAR (92 News) – At least seven people were injured after clashes between the Pakistan Peoples' Party and Grand Democratic Alliance (GDA) at a women polling station in Sanghar Khipro area. Due to the clash, polling process was halted at the polling station. The dispute started between voters of PPP and GDA at the Yamin Hingorjo polling station after a woman was stopped from casting her vote due to technical reasons. Among the injured are GDA’s Abid Hingorjo who is believed to be in a critical condition and has been shifted to Hyderabad. Others among the injured are GDA’s Nazar Hingorjo and Anwar Hingorjo and PPP’s Anwar Marri, Mir Muhammad Marri, Ali Ahmed and Kanndo Marri. All of the injured have been shifted to Khipro taluka hospital.