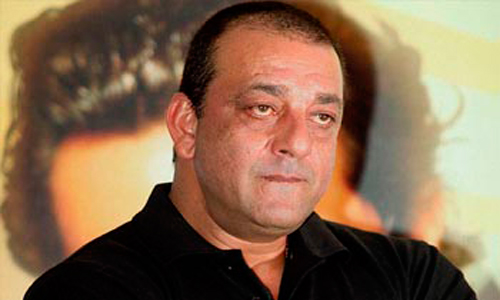 MUMBAI (Web Desk) - Four more days of imprisonment would be added to actor Sanjay Dutt‘s prison term, as he spent extra days out of jail when his furlough period ended and a decision on extension of his furlough was pending, Maharashtra Minister of State for Home Ram Shinde said. A departmental inquiry was ordered against erring prison officials and action would be taken against them for the delay in deciding the extension of furlough, Shinde told reporters. He said that Sanjay Dutt‘s furlough ended on January 8 and he was supposed to surrender before sunset, which he did. The actor was sent back because a decision on extension of his furlough was pending. “His furlough was rejected after two days but Sanjay Dutt remained out of prison until then,” Shinde said. The minister said that there is need for clarity in the jail manual, adding that changes would be done accordingly during the next legislature session. Shinde said that from December 20, 2014 to January 1 2015, 32 prisoners were granted leave. Under normal circumstances it takes 45 days to take decisions about furloughs but in Sanjay Dutt’s case it took 113 days, he said. He said that he had ordered an inquiry into the case after which a report has been received, based on which action would be taken within eight days.