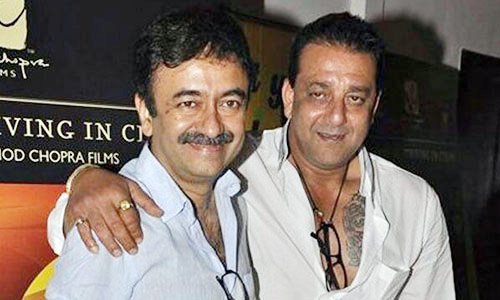 MUMBAI (Web Desk) After the success of his last film ‘PK’, filmmaker Rajkumar Hirani says he is busy with his next project which is a biopic on actor Sanjay Dutt. The 52-year-old director has worked with Dutt, who is currently serving a five-year jail term, in films like ‘Munna Bhai MBBS’, ‘Lage Raho Munna Bhai’ and ‘PK’. “Sanju was the first actor I worked with. I have worked with him in three movies. During his parole period I have met him regularly for 25 days, and I decided to make a film on his life, his relationship with his father (Sunil Dutt), his drug days, his career in films, underworld, his life in jail and so on,” Hirani said during an event organised by FICCI Ladies Organisation (FLO) here. “Sanjay Dutt’s life is a big story. During my conversations with him he spoke from his heart,” he said. When asked about his last release ‘PK’, which starred Aamir Khan, Hirani said, “I wanted to see religion through the eyes of an alien in ‘PK’. I had this idea for a very long time… I wanted to name the movie ‘Talli… Ek Tha Talli’ initially but then I changed it to ‘PK’.” The film was also surrounded by a lot of controversies. “There are political parties who wanted publicity and they protested for personal gains as we (Bollywood) are a soft target for them,” Hirani said.