Sanofi sales and profit slide on US pricing, Venezuela 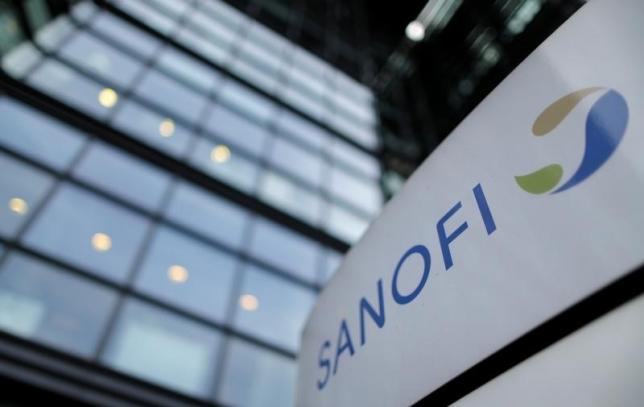 Sanofi sales and profit slide on US pricing, Venezuela

PARIS - French drugmaker Sanofi's sales and profit fell in the second quarter despite double-digit growth at biotech arm Genzyme, as the diabetes division came under sustained pricing pressure in the United States. Business net income fell 3.3 percent to 1.68 billion euros ($1.86 billion) at constant exchange rates, with revenue down 0.2 percent at 8.87 billion, the company said on Friday. Sales fell 4.3 percent on a reported basis. Sanofi is under pressure to diversify geographically and expand in oncology to offset declining sales of diabetes blockbuster Lantus. It recently offered around $9.5 billion for US cancer specialist Medivation, which opened its books earlier this month in a sale process expected to attract other blue-chip bidders. Sanofi Chief Executive Olivier Brandicourt attempted on Friday to allay investor concerns that Sanofi could end up overpaying. "We're certainly pleased to have the opportunity to engage with Medivation," Brandicourt said. "But I emphasize that we will remain financially disciplined throughout this process." The company maintained its guidance for stable 2016 profit but predicted a negative 4 percent currency impact on its full-year earnings per share. Exchange rate swings had a negative effect of 4.1 percent on quarterly sales, Sanofi said, compounded by the collapse of the Venezuelan bolivar and difficulties encountered in converting the currency. But Biotech arm Genzyme reported a 20.1 percent sales increase at constant rates, while the vaccines and animal health divisions also posted stronger revenue. Sales at the diabetes division were down 3.5 percent, reflecting cut-price US sales of Lantus following the expiry of its patent last year. The results were broadly in line with analysts' expectations of 8.89 billion euros in sales and 1.68 billion in business net income, based on the mean of 10 estimates in a Reuters poll. -Reuters