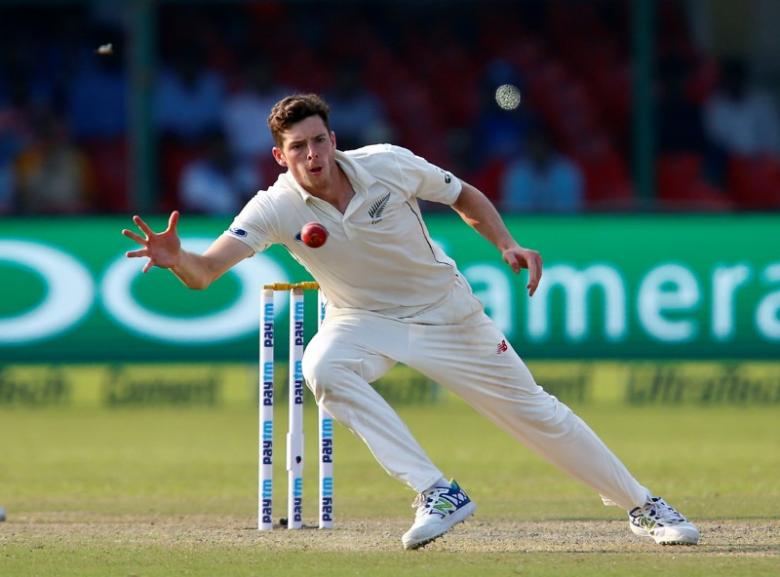 NAPIER, NEW ZEALAND – New Zealand need to bowl as well as they did at the start of Australia's innings in the first one-day international in Auckland if they are to wrap up the series on Thursday, according to all-rounder Mitchell Santner.
The hosts reduced Australia to 67 for six inside 19 overs as they chased New Zealand's 286-9 at Eden Park before all-rounder Marcus Stoinis almost single-handedly won the game with a blazing 146 not out. Stoinis got Australia to a position where they needed just seven runs from 19 balls, having shared a 54-run partnership with last man Josh Hazlewood in four overs with the tall fast bowler not facing a single delivery before he was run out. "All the bowlers can take some positives out of the game," Santner told reporters at McLean Park on Wednesday. "We bowled really well at the start and to take those early wickets was crucial... it put us ahead of the game. "We have to do more of the same. Be very patient on a good length and build pressure that way rather than hope for miracle balls at the start." Santner acknowledged the bowlers would need to change their lengths from those they bowled at Eden Park, where they tried to be shorter to force the batsmen to play square of the wicket in the first of the three-match series. McLean Park, however, has morphed over the years from an elongated oval into a more rectangular shape with short square boundaries. "There are different conditions here, different surface with different boundaries," he added. "It is quite a bit shorter square here than straight. "Your length changes a bit and you err on the fuller side. You want to get hit straight rather than square so I guess adapting is the key." The visitors, who are already missing regular captain Steve Smith and vice-captain David Warner, suffered a blow on Wednesday with wicketkeeper and stand-in captain Matthew Wade sent home to recover from a back injury. Despite having to countenance something of the unknown in the series with so many new faces in the Australian team, Santner added his side were only concerned with winning the Chappell-Hadlee trophy back after losing it in a 3-0 series loss across the Tasman before Christmas. "They have got really strong depth in their squad. They're number one in the world for a reason," he said. "We have the opportunity for 2-0. We will be preparing well and when the first ball is bowled we'll be going pretty hard. It's an opportunity to take the Chappell-Hadlee back and I think the boys will be fizzing." –Reuters