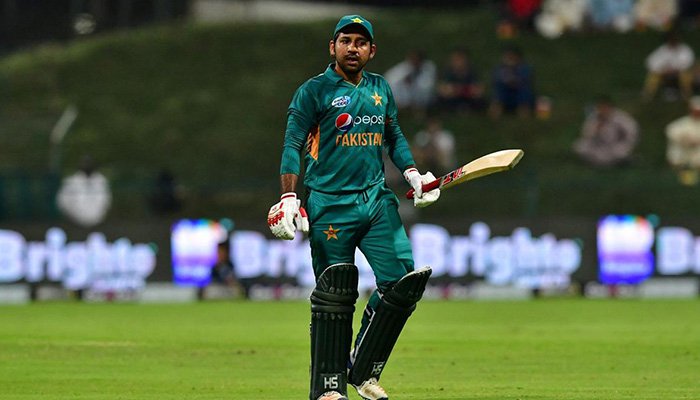 LONDON (92 News) – Pakistan skipper Sarfaraz Ahmed admitted his team still needed to improve their sloppy fielding as Pakistan have dropped a whopping 5 catches against South Africa. After winning the match, the Pakistani skipper said, “We have to work harder on fielding,” said Sarfaraz, whose team dropped five catches against South Africa, with Amir alone grassing three.

Sarfaraz likened Haris Sohail to England master blaster Jos Buttler, saying his innings was the turning point in Pakistan´s win over South Africa at Lord´s. “Haris was hungry to play in this game,” he said. “He’s the main factor, the turning point, the way he batted in the last 15 overs, it was like Buttler.” Pakistan added 124 runs in the last 15 overs. Pakistan brought in Sohail and fast bowler Shaheen Shah Afridi in place of Shoaib Malik and Hasan Ali after the defeat to bitter rivals India in Manchester last week. They desperately needed a win after three defeats in five games together with one victory and one match rained off. “We changed the combination in this game,” said Sarfaraz, who was criticised for poor captaincy in the India game. “We went with another combination in the last game so sometimes change is good for the team.” Sarfaraz praised his bowlers for taking wickets regularly. “I think credit goes to Amir and Wahab who took early wickets and then Shadab was really good in the middle overs,” said Sarfaraz.

A combined batting performance studded by Haris Sohail’s 59-ball 89 was backed up by the bowlers as Pakistan kept their hopes of progression at the ICC Men’s Cricket World Cup 2019 alive with a 49-run win against South Africa.

Chasing Pakistan’s 308/7, South Africa came undone against Mohammad Amir (2/49) and Shadab Khan (3/50) to remain with just one win from seven games so far.

Pakistan are now seventh in the 10-team table, with five points. They have games against New Zealand, Afghanistan and Bangladesh to come. Sarfaraz admitted his team still needed to improve their sloppy fielding.