Amir, who was dropped after just one match in the recent five-match one-day international series against Australia in the United Arab Emirates, has gone wicketless in nine of his last 14 games. And Sarafraz was worried about the fast bowler's predicament. "When your main strike bowler is not taking wickets regularly, obviously it causes concern to the captain," he told a television channel.

Pakistan nearly missed out on qualification for the Champions Trophy altogether and began their campaign with a heavy loss to arch rivals India. But then victories over world No. 1 South Africa, Sri Lanka and hosts England set up a tantalising re-match against India in the Final at The Oval. Not to be denied on this occasion, Pakistan set an imposing total of 338, led by a century to Fakhar Zaman before Mohammad Amir and Hasan Ali combined to bowl India out for 158 to deliver an unlikely but memorable triumph.
In the ICC Champions Trophy 2017, Amir's spell of 3/16 in the final rocked the tournament favourites India to hand Pakistan victory. He was in exceptional form then, tormenting the strong Indian top-order and it looked like the 26-year-old was here to stay. Unfortunately, a string of below par performances since then have cast a shadow of doubt over his inclusion in the World Cup squad.

I can't say whether he [Amir] will be in the World Cup squad or not but our minds are clear about our plans.

Pakistan's World Cup campaign will begin on 31 May against West Indies. Prior to the premier event, they will tour England to play five ODIs and a one-off T20I from 5 May. The selectors will be announcing the 15-member World Cup squad on 18 April, followed by a 17-18-member squad for the England tour on 23 April, so Amir still has his opportunities. Last month, during the Australia series in UAE, Pakistan bowling coach Azhar Mahmood showed faith in the bowler's ability to bounce back and pointed out that he had been working on his fitness. 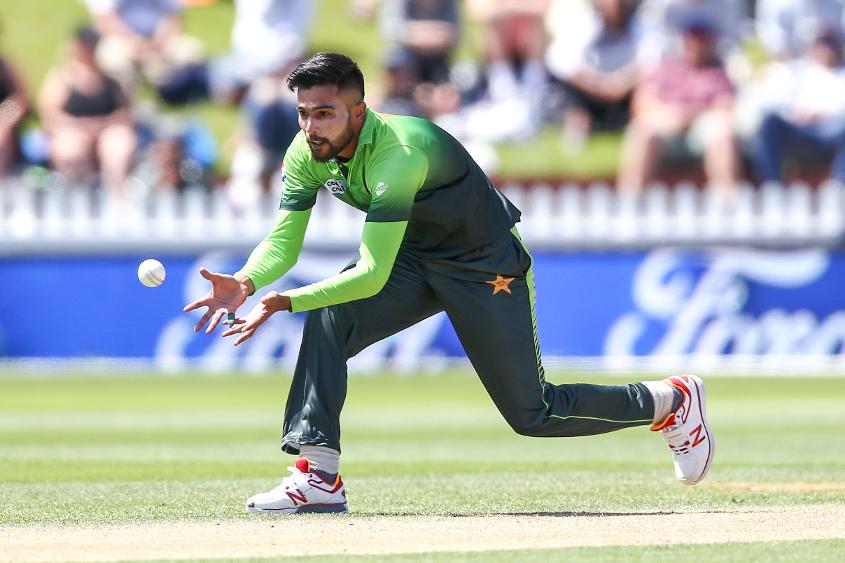 Amir has been wicketless in 9 out of the last 14 ODIs he has played
"Amir is a wonderful bowler. But since he returned, he was playing non-stop cricket so we have to do work on his fitness," Mahmood had said. "If Amir is fit and bowling well then we know he is a wicket-taker. "The reason for that is playing three formats, in limited overs you bowl a bit shorter. Amir is a swing bowler and that’s what makes him dangerous. On a Sharjah type wicket, you have to bowl a bit shorter so his ball isn’t swinging but he’s working hard and I hope he’ll come back strong."