CAPE TOWN (92 News) – Pakistan skipper Sarfraz Ahmed on Sunday blamed the bowlers for defeat against South Africa in the second Test match at Cape Town, South Africa. Speaking the after the match during the press conference, Sarfraz said that there was a visible difference between the pace of bowlers from both the sides, which was instrumental in the visiting bowlers not getting many wickets. Lashing out at his bowlers for their lacklustre performance in second Test, the skipper, the skipper said, “If you talk about our bowlers and their bowlers, there was a big difference as our bowlers were not up to the mark. “Our bowlers are bowling at average speed of 130 kph whilst their bowlers were bowling at 145 kph, if you bowl with lack of pace you will not get wickets,” he added. “For me as a team we are not playing well, we were thinking that our bowling was far better based on Centurion but we didn’t take wickets here and if we had done that, we would have restricted them to 250-300 runs and it would have been a different story,” he said. The Pakistan skipper also praised the South African team for putting up a good show with both bat and ball. “Credit goes to South Africa, they know how to play in home conditions. Their bowlers bowled really well and didn’t give us any bad balls,” the Pakistani captain said. “We lacked discipline in batting but whenever Asian team goes away, they have problems but the way our batsmen showed their character in the second innings, that’s how you play Test cricket. We’re getting better day by day,” Sarfraz said. https://92newshd.tv/south-africa-beat-pakistan-by-nine-wickets-to-clinch-test-series/#.XDJLrGlS8dU Commenting about opener Fakhar Zaman to number six in the batting order, Sarfraz said: “Fakhar has batted at number 6 because he likes to play shots, he was facing some problems with the new ball and Shan Masood was batting really well so we thought Fakhar might feel better lower down the order.” Earlier today, South Africa beat Pakistan by nine wickets on the fourth day of the second Test at Newlands. 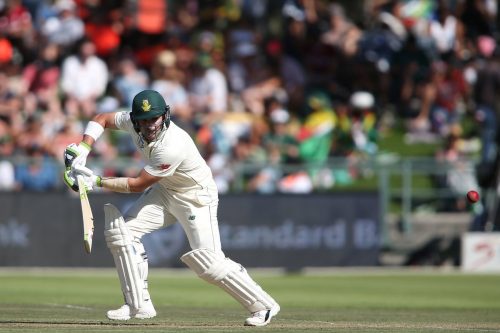 Pakistan claimed a wicket and forced Hashim Amla to retire hurt before South Africa passed their meagre target after less than an hour s play at Newlands. 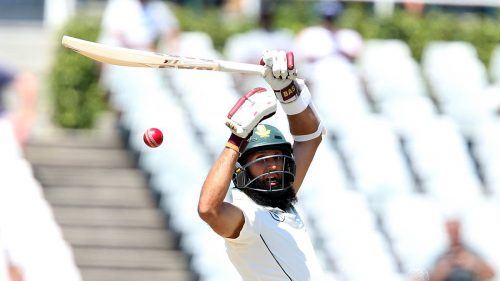 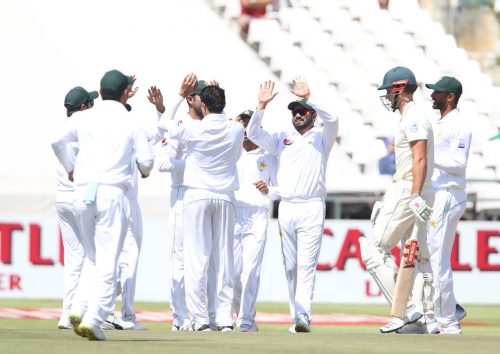 The result ensured a seventh successive home series win for South Africa, who won the first Test in Centurion by six wickets. The third and final Test starts in Johannesburg on Friday. Regular South African opening batsman Aiden Markram did not bat after suffering a severely bruised right thigh when he fell heavily on the boundary rope while fielding on Saturday. Theunis de Bruyn, opening in place of Markram, clipped Mohammad Abbas to the midwicket boundary but did not add to his score before being caught off his glove by wicketkeeper and captain Sarfraz Ahmed while attempting to pull a bouncer from Abbas. Mohammad Amir effectively conceded 10 runs in extras off two successive deliveries, with a wide and a no-ball which both flew over Sarfraz s head. 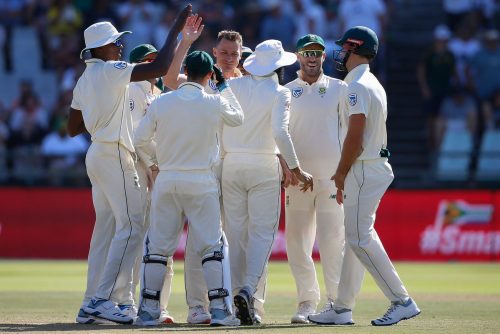 Hashim Amla was forced to retire hurt on two after being hit on the right upper arm by a ball from Amir which lifted sharply off a good length. Dean Elgar, who made 24 not out, ended the match by hitting two fours off part-time bowler Azhar Ali.