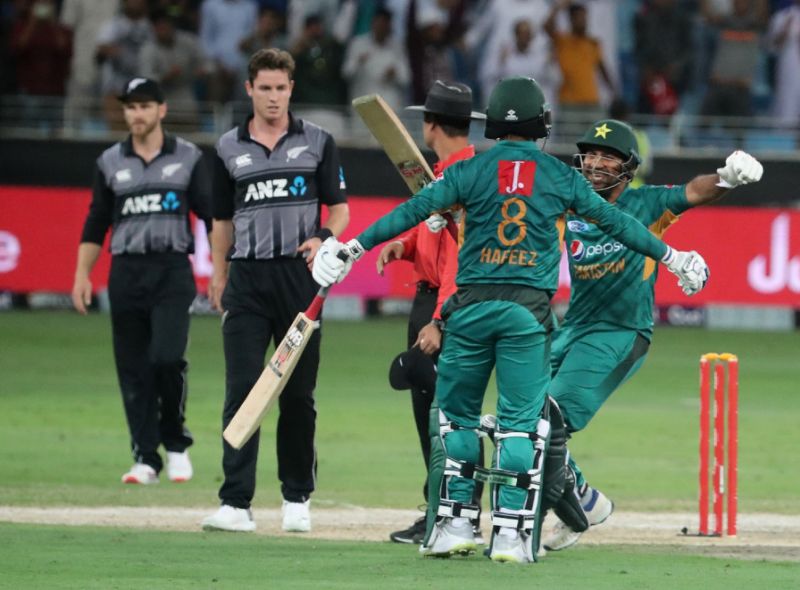 DUBAI (AFP) – Pakistani skipper Sarfraz Ahmed insists his team can end an 11-match losing run to New Zealand when the two sides meet in the first one-day international in Abu Dhabi on Wednesday. Pakistan crushed New Zealand 3-0 in the preceding Twenty20 series on Sunday — their second whitewash in a week following a romp over Australia, also in Dubai and Abu Dhabi. But Sarfraz, part of the team in the last 11 one-day internationals all of which Pakistan lost, want to finally win against New Zealand. “It's important to break that losing streak and we need to bring improvement in our performance in one-day internationals,” said Sarfraz on Tuesday. Pakistan lost the last two matches in a 3-2 series defeat in United Arab Emirates (UAE) in 2014, before losing 2-0 in 2015, 2-0 in 2016 and 5-0 in January 2018 — all in New Zealand. “If you look at our losses most of them were in New Zealand where conditions were different and we lost due to top order failure where we need to improve,” said Sarfraz. Pakistan also failed to qualify for the final of the Asia Cup held in UAE two months ago, losing both their matches against arch-rivals India and going down to Bangladesh in a clash which decided the finalist. India won the Asia Cup by beating Bangladesh. Sarfraz said a tough opponent in New Zealand — ranked third to Pakistan's fifth in one-day standings — will help the team build for next year's World Cup in England. “New Zealand is a good team of this format but we have momentum of the Twenty20 series so we must win this series and that will help towards building towards the World Cup,” said Sarfraz. The last two matches are in Abu Dhabi (Friday) and in Dubai (Sunday). Pakistan then play South Africa in South Africa, Australia (in UAE) and England in England -- five one-day internationals each — before the World Cup. New Zealand skipper Kane Williamson played down the winning streak against Pakistan, saying it will be a new series. “It's a new series and a fresh start,” said Williamson. “I guess it's a nice statistic to have but at the end of the day, come tomorrow, its a new series.” Williamson praised Pakistan as a limited over side. “They are always a strong side and no matter the format,” said Williamson. “They have a lot of depth. We simply know they have been here for some time and they know these conditions and they have had lots of success. We are in here for a tough battle.” New Zealand will welcome pace spearhead Trent Boult who missed the Twenty20 series due to personal reasons while also adding batsman George Worker and spinner Ajaz Patel (as a cover for injured Todd Astle) in the squad. Teams squad: New Zealand: Kane Williamson (captain), Todd Astle, Trent Boult, Colin de Grandhomme, Lockie Ferguson, Matt Henry, Tom Latham, Colin Munro, Henry Nicholls, Ajaz Patel, Ish Sodhi, Tim Southee, Ross Taylor, BJ Watling, George Worker Pakistan: Sarfraz Ahmed (capt), Fakhar Zaman, Imam-ul-Haq, Mohammad Hafeez, Babar Azam, Shoaib Malik, Asif Ali, Haris Sohail, Shadab Khan, Faheem Ashraf, Imad Wasim, Hasan Ali, Junaid Khan, Shaheen Afridi, Usman Khan Shinwari