Sarfraz will be captain until World Cup 2019, says Ehsan Mani 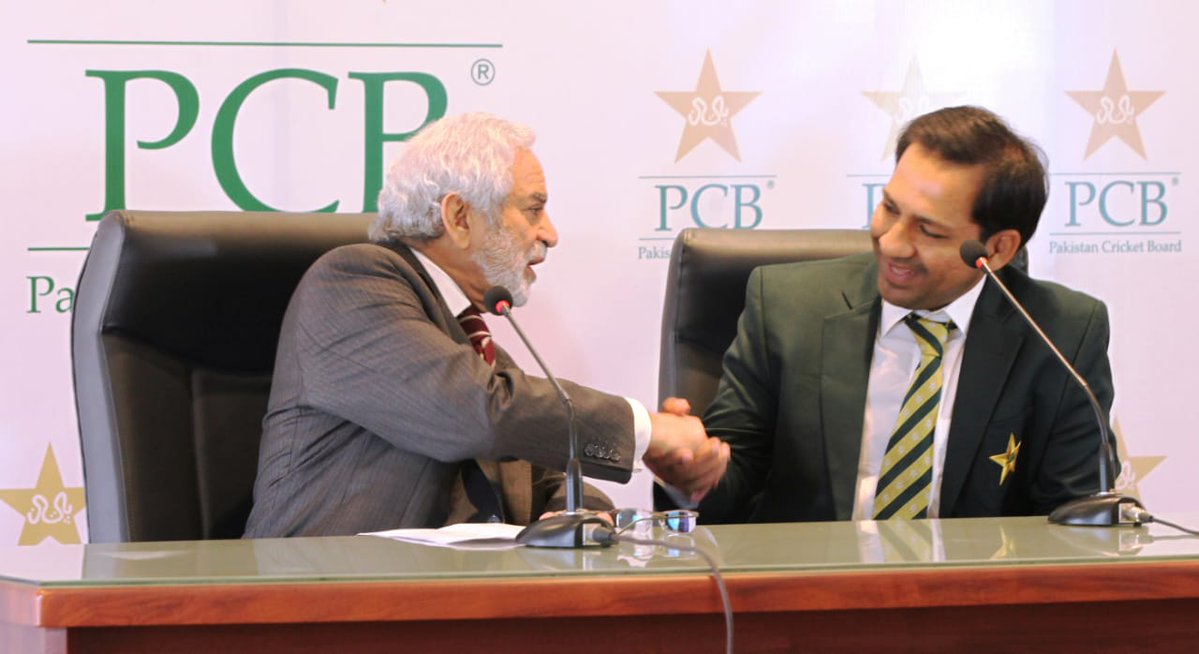 Sarfraz will be captain until World Cup 2019, says Ehsan Mani

LAHORE (92 News) – Pakistan Cricket Board chairman Ehsan Mani has said that Sarfraz Ahmed will remain the captain until World Cup 2019. Addressing a press conference on Tuesday, he said that Sarfraz possess the leadership quality since beginning and the board fully supports him. “There are speculations after every series in the media which is unsubstantiated. He will captain Pakistan in the Australia series [five ODIs before the World Cup] and in the World Cup. After it, we will sit and evaluate the performance,” he said. Ehsan Mani further added that the PCB cannot ignore the contributions made by Sarfraz as captain. “We should look at the contributions that Sarfraz has made for Pakistan,” he said. “Sarfaraz has been an integral part of Pakistan’s World Cup preparations. He has proved to be a good strategist, leader, and performer,” Mani added. Expressing his happiness over the announcement, Sarfraz said he is happy to represent the side at the World Cup. “I feel humbled and honoured to be placed in the same bracket as some of the most iconic and legendary cricketers who have previously captained Pakistan at the World Cup,” he said. He thanked PCB chairman Ehsan Mani for expressing his confidence in him. Sarfraz expressed the resolve to come up with the expectations of the PCB. About the South Africa incident, he said that he had to move forward by forgetting about the past. “I have tendered my apology and sentence has ended,” he said. The World Cup will start in England on May 30, 2019.