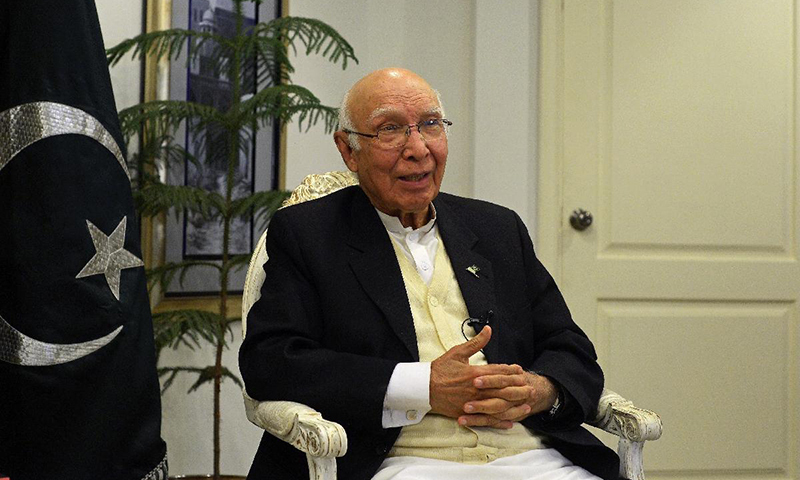 ISLAMABAD (92 News) – Adviser to Prime Minister on Foreign Affairs Sartaj Aziz has on Thursday confirmed the death of Afghan Taliban Chief Mullah Akhtar Mansour in US drone strike in Balochistan. Addressing a press conference in Islamabad on Thursday, he said that Mullah Akhtar Mansoor was traveling on a fake identity, adding that all indicators confirm that the person killed in the drone strike was Mullah Akhter Mansoor. The adviser said that the drone action is a violation of Pakistan’s sovereignty as well as breach of the principles of the United Nations Charter. “The killing of Taliban Chief has further complicated the Afghan issue,” he added. Aziz said that this approach will not only further destabilize Afghanistan, but also have negative implications for the region, due to the presence of large number of terrorist groups in Afghanistan.