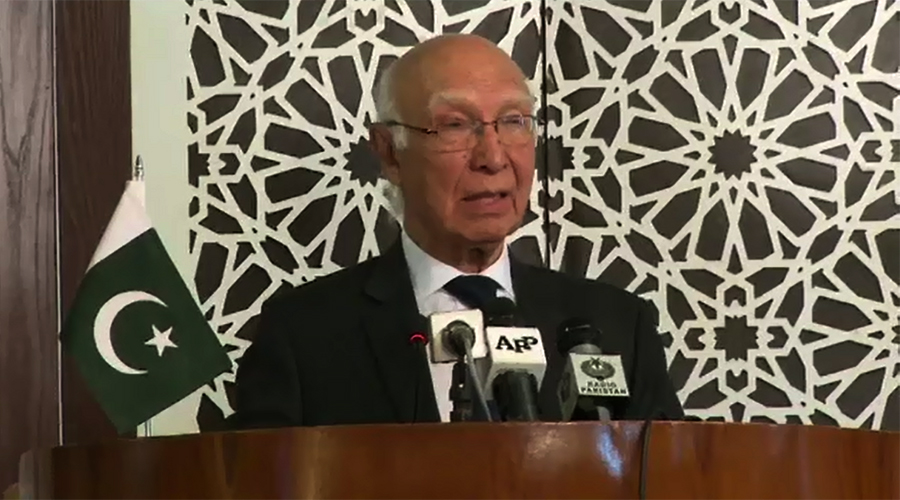 NEW YORK (92 News) – Adviser to Prime Minister on Foreign Affairs Sartaj Aziz has on Monday rejected the baseless and irresponsible accusations being leveled by senior Indian officials following Uri army base attack in the Indian-held Kashmir (IHK). In a statement issued on Monday, he said that Pakistan expressed serious concern over the recent spate of unsubstantiated statements emanating from Indian leadership in the aftermath of yesterday’s attack in IHK. The advisor said that it is a blatant attempt on India’s part to deflect attention from the fast deteriorating humanitarian and human rights situation in the Indian-occupied Kashmir (IoK). He said that the situation in IHK has not worsened because of Pakistan but because of illegal Indian occupation of the Valley, adding that Indian forces have martyred thousands of innocent Kashimiris.