Sauber to stay with Ferrari engines in 2018 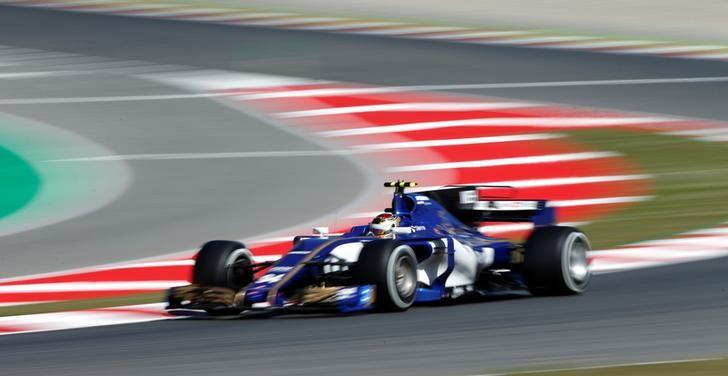 Sauber to stay with Ferrari engines in 2018

BUDAPEST - The Swiss-based Sauber Formula One team announced a multi-year agreement on Friday to continue using Ferrari engines after this season.

The deal came a day after the team, currently ninth in the championship, and Honda cancelled a planned partnership from 2018.

It also ensures Ferrari, the sport's oldest and most successful team as well as the most glamorous, retain two customer outfits in addition to their own works entry.

Sauber principal Frederic Vasseur said his team's long history with Ferrari would allow them "to move forward swiftly and efficiently, also in terms of the development of the 2018 car."

Sauber are using last year's Ferrari power unit this season but Vasseur told reporters at the Hungarian Grand Prix, before the deal was announced, that such a situation could not continue in 2018.

"It's also probably more difficult to motivate everybody in the team, if you start the season with the engine from the previous year," he said.

"It's not a matter of money. I think it's important for the team... for every single person in the team, to be sure that we are pushing like hell on every single department. We need to have the last spec (specification) of engine for sure."

He also emphasised that the deal would have to include the gearbox, which Sauber would be unable to build for themselves.

The move casts doubt on the future of the team's line-up, with Germany's Pascal Wehrlein a Mercedes-backed driver while Ferrari have in the past placed some of their own academy youngsters with Sauber.

Giovinazzi was driving for the US-owned and Ferrari-powered Haas team in first practice at the Hungaroring on Friday. Haas have already said they plan to stick with their current drivers, Frenchman Romain Grosjean and Denmark's Kevin Magnussen, next year.

Sauber's plans to link up with Honda, whose engine has failed miserably in comparison to rivals with current sole partners McLaren rooted in last place, fell apart after the departure of former principal Monisha Kaltenborn in June.

Mercedes and Renault, each supplying three teams, are the sport's other engine manufacturers. Sauber have used Ferrari engines since 2010, after BMW withdrew from the sport. They also used the Italian-made units between 1997 and 2005, under Petronas branding. -Reuters