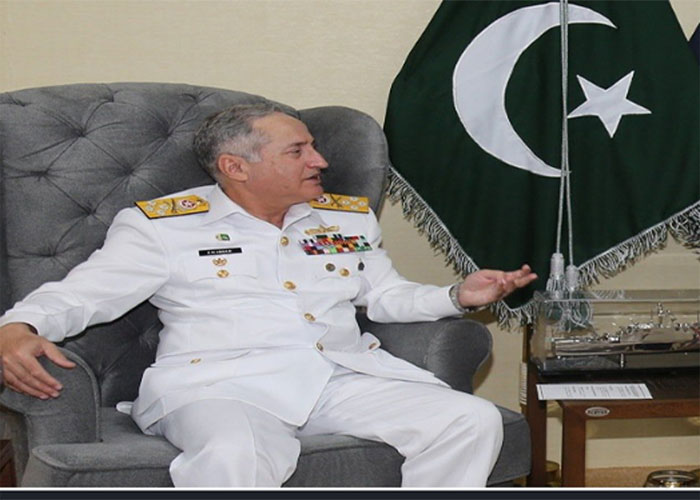 ISLAMABAD (92 News) – Saudi Ambassador to Pakistan Nawaf bin Saeed Al-Maliki called on Pakistan Naval Chief Admiral Zafar Mahmood Abbasi on Friday. During the meeting, they discussed to further the cooperation on naval defence. The two dignitaries also deliberated on maritime security among other matters of mutual interest. The naval chief apprised the Saudi ambassador on regional maritime security patrols in the Arabian Sea, while the Saudi envoy appreciated the efforts of Pakistan Navy in maintaining the regional stability. Few days earlier, Pakistan Navy in an anti-narcotics operation near Ormara recovered around 1500 kilograms of Hashish worth millions of dollars, a Navy spokesman said on Monday. A spokesperson of the force said that the intelligence based operation was carried out in coordination with the Anti-Narcotics Force (ANF). The seized Hashish has been handed over to the ANF for further legal proceedings, Pakistan Navy statement said. Pakistan Navy is determined to fulfill its national responsibility to protect the country’s maritime frontiers and to ensure the rule of law in the Indian Ocean, spokesman said. A Pakistan Navy spokesman had said that such operations will be useful to curb the illegal activities in the Sea.