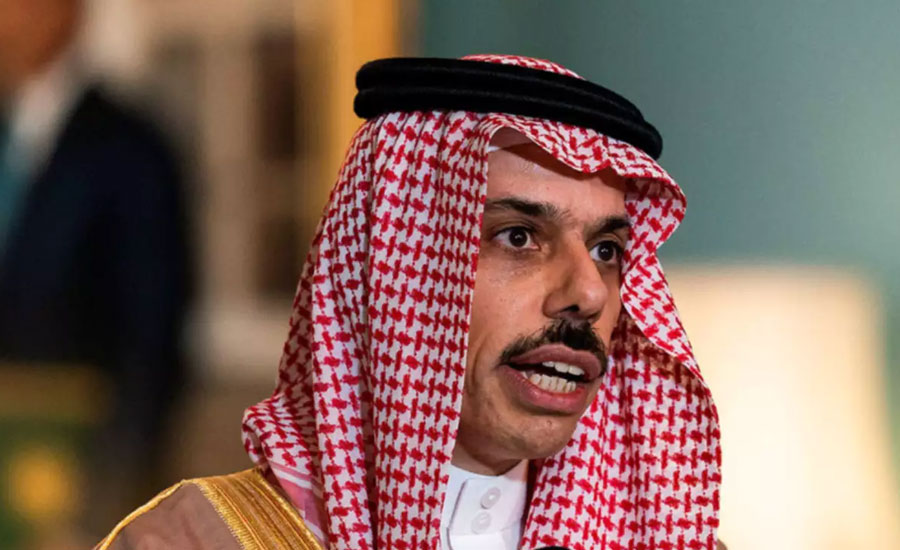 Prince Faisal bin Farhan Al Saud was speaking in televised remarks at the start of an emergency virtual meeting of the 57-member Organisation of Islamic Cooperation (OIC) as hostilities between Israel and militants in Gaza entered their seventh day.

The Saudi foreign minister condemned what he called the violation of the sanctity of Islamic holy sites and "forcible" eviction of Palestinians from their homes in East Jerusalem.

He called on the international community to carry out its responsibility toward ending this "dangerous escalation", to act urgently to halt military operations and to revive peace negotiations based on a two-state solution.

Pre-dawn Israeli strikes in the centre of Gaza City on Sunday brought the death toll in Gaza to 174, including 47 children, health officials said. Israel has reported 10 dead, including two children.
Hamas began its rocket assault on Monday after weeks of tensions over a court case to evict several Palestinian families in East Jerusalem, and in retaliation for Israeli police clashes with Palestinians near the city's Al-Aqsa Mosque, Islam's third holiest site, during the holy month of Ramadan.

Israel has retaliated with air and artillery strikes into densely populated Gaza.