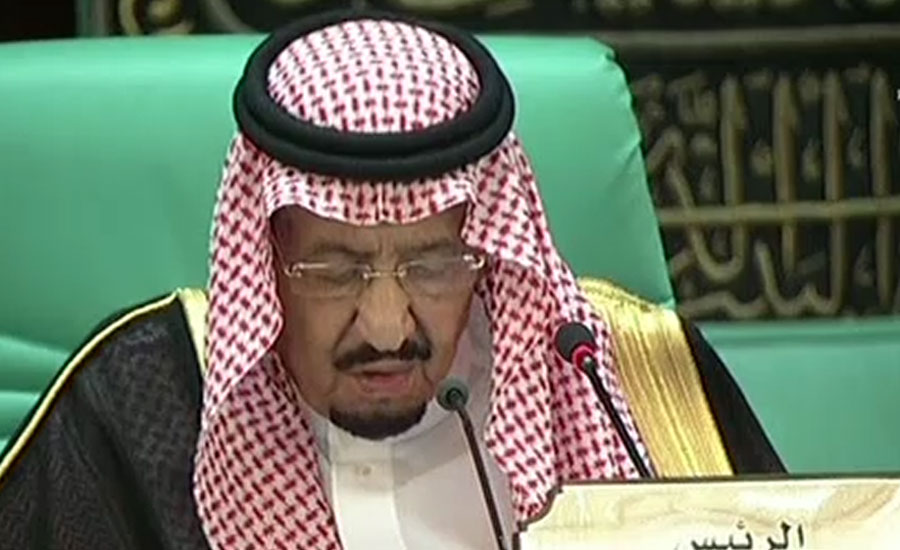 SAUDI ARABIA (Web Desk) – King Salman in a Cabinet meeting assured the ability of Saudi Arabia to deal with the consequences of attacks that hit the kingdom on Saturday. According to the Khaleej Times, King Salman said, “These attacks are not aimed at the vital facilities of Saudi Arabia only, but also threaten the global economy.” In his speech, King Salman expressed his appreciation for the leaders of countries, state officials, regional and international organizations and all those who expressed condemnation of the attack that targeted two Aramco facilities. A statement issued after a meeting of Saudi Arabia's council of ministers said the Cabinet had reviewed the damage caused by the attacks on Aramco installations, and it called on world goverments to confront the culprits regardless of their origin. The cabinet also said it will defend its territories and vital facilities after the devastating attacks on two Aramco sites slashed the kingdom's oil output by half. The kingdom is able to respond to such acts regardless of their origin, the Cabinet said in a statement carried by the official Saudi Press Agency. It said the country's energy minister has briefed King Salman about the grave impact of the attacks. Yemen's Houthi rebels launched drone attacks on the world's largest oil processing facility in Saudi Arabia and a major oil field Saturday, sparking huge fires and halting about half of the supplies from the world's largest exporter of oil. The pre-dawn drone attack on the Saudi Aramco facilities sparked several fires. Earlier, Saudi Arabia has invited the UN and international experts to assist in the ongoing investigations into the Drones’ attacks on key oil installations. The Saudi foreign ministry says initial investigations suspect involvement of Iranian weapons in attacks. On the other hand, United States Defense Secretary Mike Esper said Monday that the US military is preparing a response to the attack on major Saudi Arabia oil facilities. After briefing US President Donald Trump in the White House, Esper singled out Iran as undermining international order, without directly pinning blame on Tehran for the attack.