Saudi Arabia must face US lawsuits over September 11 attacks 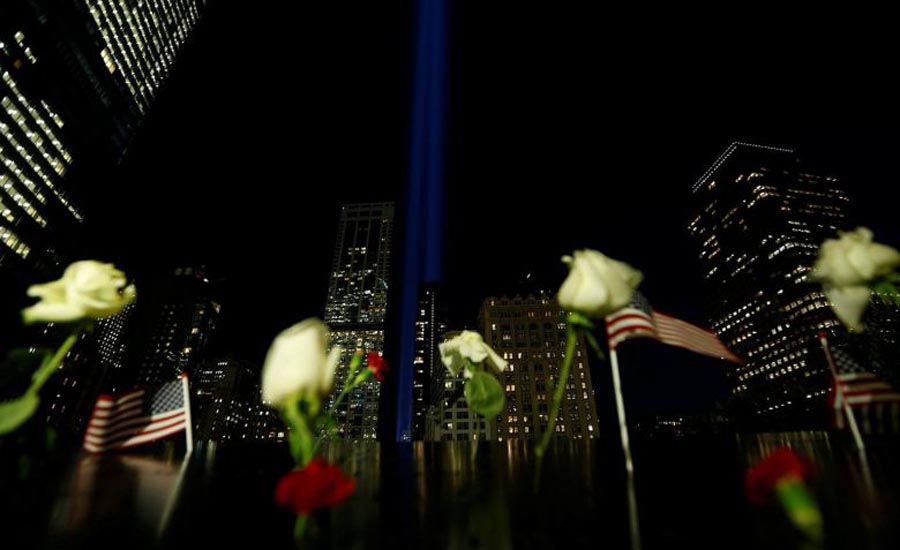 Saudi Arabia must face US lawsuits over September 11 attacks

NEW YORK (Reuters) - A US judge rejected Saudi Arabia's bid to dismiss lawsuits claiming that it helped plan the Sept. 11, 2001, attacks and should pay billions of dollars in damages to victims. US District Judge George Daniels in Manhattan said the plaintiffs' allegations "narrowly articulate a reasonable basis" for him to assert jurisdiction over Saudi Arabia under the Justice Against Sponsors of Terrorism Act (JASTA), a 2016 federal law. The Saudi government has long denied involvement in the attacks in which hijacked airplanes crashed into New York's World Trade Center, the Pentagon outside Washington, D.C., and a Pennsylvania field. Nearly 3,000 people died. Lawyers for Saudi Arabia did not immediately respond to requests for comment on the decision. At a Saudi stock market event in New York, asked whether the court decision would have a negative impact on Saudi investment in the United States, Capital Market Authority Chairman Mohammed A. ElKuwaiz declined to comment, saying he had not seen the news. Daniels' decision covers claims by the families of those killed, roughly 25,000 people who suffered injuries, and many businesses and insurers. The judge also dismissed claims that two Saudi banks, National Commercial Bank and Al Rajhi Bank, and Saudi Binladin Group, a construction company controlled by the bin Laden family, provided funds and financial services for the attacks, saying he lacked jurisdiction. Saudi Arabia had long had broad immunity from Sept. 11 lawsuits in the United States. That changed in September 2016, when the US Congress overrode President Barack Obama's veto of JASTA, allowing such cases to proceed. Obama had warned that the law could expose US companies, troops and officials to lawsuits in other countries. Daniels said the plaintiffs could try to prove that Saudi Arabia was liable for the alleged activities of Fahad al Thumairy, an imam at the King Fahad Mosque in Culver City, California, and Omar al Bayoumi, said to be an intelligence officer. They were accused of helping two hijackers acclimate themselves to the United States, and begin preparing for the attacks. Saudi Arabia had argued that the plaintiffs could not show that any Saudi official, employee or agent planned or carried out the attacks. James Kreindler, a lawyer for many of the plaintiffs, said he was "delighted" the case can proceed. "We have been pressing to proceed with the case and conduct discovery from the Kingdom of Saudi Arabia, so that the full story can come to light, and expose the Saudi role in the 9/11 attacks," he said in a phone interview. The judge also dismissed claims against the state-affiliated charity Saudi High Commission for Relief of Bosnia & Herzegovina, saying the plaintiffs' "guilt-by-association" claims did not overcome its presumption of immunity. The case is In re: Terrorist Attacks on September 11, 2001, US District Court, Southern District of New York, No. 03-md-01570.