Saudi Arabia shoots down missiles from Yemen; one dead from debris 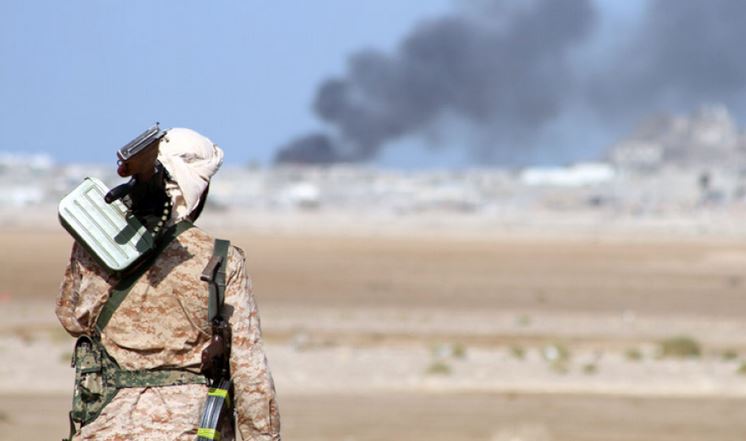 Saudi Arabia shoots down missiles from Yemen; one dead from debris

RIYADH (Reuters) - Saudi air defences shot down seven ballistic missiles fired by Yemen’s Houthi militia on Sunday, with debris killing a man in what was the first death in the capital during the Saudi-led coalition’s three-year military campaign in Yemen.

Saudi forces destroyed three missiles over northeastern Riyadh shortly before midnight, as well as others fired at the southern cities of Najran, Jizan and Khamis Mushait, the coalition said in a statement carried by state news agency SPA.

Debris from the missiles fell on a home in Riyadh, killing an Egyptian resident and wounding two other Egyptians, said coalition spokesman Colonel Turki al-Malki, according to SPA.

Reuters reporters in Riyadh heard several booms and saw smoke in the air. Another witness said he saw a long stream of light followed by additional explosions.

In al-Malqa neighbourhood, emergency personnel gathered near a crater in the ground and inspected shattered glass in nearby homes.

The attack marked the third time in five months that missiles have flown over Riyadh, as the Houthis step up efforts to demonstrate they can reach the Saudi capital, and threatened to escalate a regional rivalry between Iran and Saudi Arabia.

The group also fired other types of missiles at airports in Jizan, Najran and Abha, another southern Saudi city, according to the SABA report.

The Saudi-led coalition of Gulf Arab states launched military operations against the Houthis in Yemen in March 2015, after the Iran-aligned Shi’ite militia seized the Yemeni capital Sanaa and forced President Abd Rabbu Mansour al-Hadi to flee.

Riyadh saw the ouster as a regional power grab by arch-foe Iran, although the Houthis deny any help from Tehran, and has described Iran’s alleged supply of rockets to the Houthis as “direct military aggression.”

The United States, which provides support to the coalition, has also displayed what it said were Iranian-made weapons supplied to the Houthis, calling them conclusive evidence that Tehran was violating UN resolutions.

The conflict in Yemen has killed more than 10,000 people and displaced more than 2 million, unleashing a humanitarian crisis in the Arabian Peninsula’s poorest country. Nearly 1 million people have been infected with cholera.

Coalition forces have made modest territorial gains over the course of the war but appear far from seizing back the capital.