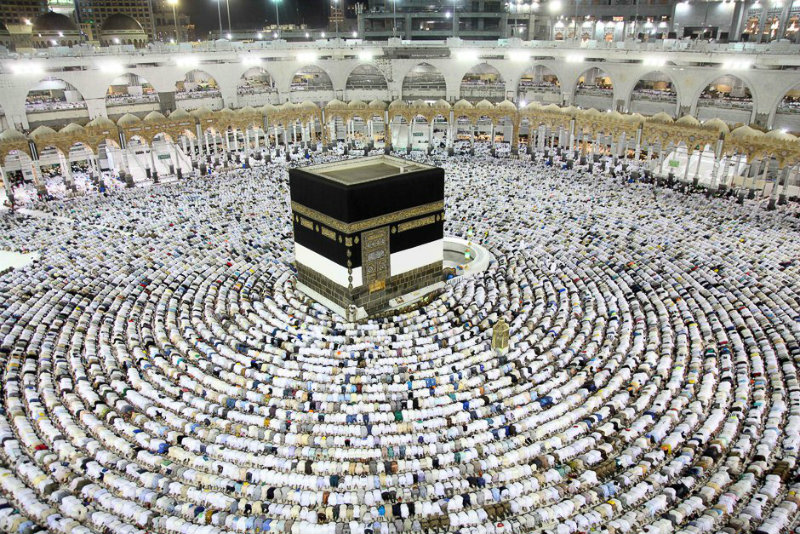 RIYADH (92 News) – Saudi Arabia’s Hajj minister asked Muslims to temporarily defer preparations for the annual pilgrimage amid uncertainty over the coronavirus pandemic. Earlier this month, Saudi Arabia suspended the year-round “Umrah” pilgrimage over fears of the new coronavirus spreading to Islam’s holiest cities, an unprecedented move that raised uncertainty over the annual hajj. “Saudi Arabia is fully ready to serve pilgrims and umrah seekers,” Hajj Minister Mohammad Benten told the state-run Al-Ekhbariya television. “But under the current circumstances, as we are talking about the global pandemic… the kingdom is keen to protect the health of Muslims and citizens and so we have asked our brother Muslims in all countries to wait before doing (Hajj) contracts until the situation is clear.” Saudi authorities are yet to announce whether they will proceed with this year’s Hajj, scheduled for the end of July. The pilgrimage — which last year attracted 2.5 million people — is a key revenue earner for the kingdom. But it could be a major source of contagion as it packs pilgrims closely in religious sites. Earlier this month, Saudi Arabia suspended prayers inside all its mosques except the two holiest sites in Islam as it increased efforts to contain the new coronavirus. The announcements risk riling fringe Muslim hardliners, for whom religion trumps health considerations. Saudi Arabia is scrambling to limit the spread of the disease at home. The kingdom’s health ministry has reported 1,563 coronavirus infections and 10 deaths from the illness so far.